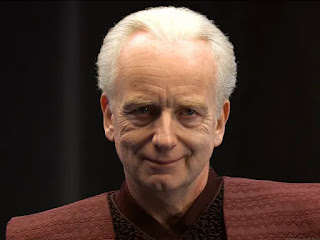 We've heard the term false flag and we have seen them used in history. Hitler burned down the German Parliament to justify suspending the constitution and gaining emergency powers of a Chancelor. Then he attacked a German radio station and blamed it on Poland to justify an invasion. The rest is history. Operation Northwoods was very real.

The CIA proposed they kill Americans on American soil and blame it on Cuba to justify an invasion. The Joint Chiefs of staff approved it but Kennedy Vetoed it. After Kennedy was murdered, President Johnston orchestrated the attack on the USS Liberty. If the Russian spy ship hadn't witnessed that event, the USS Liberty would have been sunk.

Stephen Segall once said that he believes a lot of the mass shootings in the US are orchestrated. So do I. Take the Orlando shooting. A Gay Muslim shot up a Gay bar he used to frequent. Why would he do that? It's not like he went there once and they ostracized him. He was a regular. The motive of that shooting was a ban on assault rifles. The number of rounds fired was impossible for one shooter. That event was orchestrated. The Gay Muslim they blamed it on was simply one of the victims killed by the shooters.

Was 9/11 an inside job? Of course it was. No planes hit the Third Tower. Towers don't collapse into their own blueprint at freefall speed unless the load bearing beams are blown out like in a controlled demolition. That's why thermite was found in the rubble. Before 9/11 the Port Authority applied for a permit to demolish the World Trade centre but was denied one because of all the asbestos. The courts ruled that the Surrey Pressure Cooker bomb plot was a case of entrapment. Without the RCMP, there was no means or motive to commit that attack.

The mass shooting in Nova Scotia was filled with anomalies. First of all, there was no motive. Other than gun control. Yet none of those guns were legally obtained. Nevertheless, Justin Trudeau conspired with the RCMP Commissioner to use that event to justify his gun control measures. It's as though that event was planned to coincide with his proposal.

At first the RCMP tried to make Gabe Wortman look like a criminal by claiming a large sum of money was deposited into his account before the shooting. Then it was discovered the RCMP were the ones that deposited that money into his bank account.

The RCMP officers caught shooting up a Firehall that was being used as a safehouse to protect civilians is enough of an anomaly all on its own to raise a few red flags. The media is completely misrepresenting that event and any other event that promotes its agenda.

In the Saanich bank robbery that wasn't a bank robbery, the fake news posted a picture of a forensic mannequin and said it was a picture of a dead suspect. That of course was just an error like how the media used the video of a full hospital in Italy during Covid and claimed it was in the US. That was just an error. Just like it was when they used the same footage to claim it was a hospital in Australia. We have seen where all the media mergers over the years have taken us.

It almost feels prophetic. As Ziggy Marley and Lauryn Hill said in the classic Redemption song, "We've got to fulfill the book." On that note, let's talk about Secret Combinations that conspire to take over the government. Ezra Taft Benson recommended a book called None Dare Call it Conspiracy which talks about our day. It reminds me of the saying that in the last days many will be deceived. Now we know why. The media mergers have an adenda. 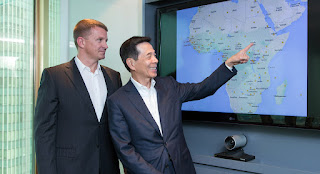