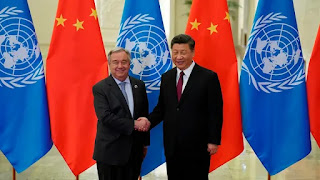 Update: The truth about Net-Zero by Leslyn Lewis

True North is reporting that "A new report co-authored by the United Nations’ Food and Agriculture Organization (FAO) and the Organization for Economic Co-operation and Development (OECD) calls on farmers to globally reduce emissions by 6% while also increasing yield by 28% to meet food supply demand." This is the perfect example of government over reach. Only the UN isn't our government. It just wants to be.

This is why we should withdraw from the UN. Ezra Taft Benson was right. The UN has become a Communist organization. Back then we all thought he was crazy but now we can all clearly see he was absolutely right. I'm going to dive into fake environmentalism and a definitive overview of the ecosystem but I have a few more links to set the stage for Agenda 2050.

We've been talking about the farmers revolt in Holland over the fake environmentalists demand to reduce farming and create food shortages to save the planet. Well yesterday in the lunchroom at work I saw a Justin Trudeau sponsored commercial on TV promoting Net Zero 2050.

The commercial comprised of a bunch of actors pretending to be farmers promoting this bizarre reduction in farming called Net Zero 2050. Again, this has absolutely nothing to do with climate change or the environment. This is just another Communist power grab like the others.

Communism wants to create food shortages because starving people is their method of operation. Communist China, who now controls the UN, are the biggest polluters on the planet. Industrial coal is the problem not farming. Farming is the greenest thing we can do for the planet.

The bugs not beef freaks claim that CO2's not the problem nitrogen is. They claim we eat too much beef and all that manure is creating so much methane gas the sky is going to fall. Well, what about when all the buffalo were roaming free in North America? They created a lot of manure and the sky didn't fall. They fertilized the planet so things could grow.

Have you ever bought or eaten a mushroom at the grocery store? Do you know what they grow in? Manure. Without manure they won't grow. Without manure nothing will grow. That's why farmers have to fertilize their soil. So plants will grow.

This principle is a fundamental aspect of the ecosystem. They say CO2 is bad. No it's not. Trees need CO2 to survive. Without CO2 all plant life on earth will die. If we have zero CO2 emissions, all plant life will die and then all humans and animals with die because we are dependent on each other. That's what the ecosystem is. It's a balance of plant life and animal life. Human beings inhale oxygen and exhale CO2. Trees and plants take that CO2 and convert it into oxygen. We are, as Martin Luther King declared, interdependent.

It's the same with this new obsession to reduce farming. It's just another lie to create another manufactured emergency so they can implement Communism. It's the same old problem, reaction, solution paradigm. No one is that stupid. The farmers in Holland are rightfully protesting as they should because as they said in India, No Farmers, No Food. I support the farmers. 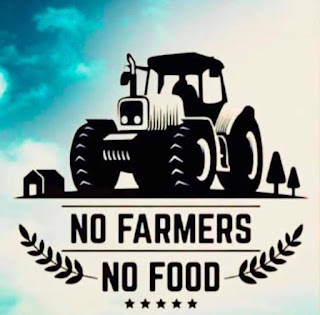