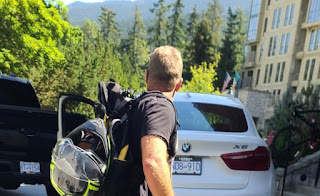 Update: The Trail Times is reporting that "Two Surrey men have been charged with first-degree murder in the daylight double homicide in Whistler Sunday that saw a known gangster and second man killed. The men charged are 24-year-old Gursimran Sahota and 20-year-old Tanvir Khakh." There's already a publication ban on the hearing. That is suspicious. Gursimran also has a publication ban on a March 28 2019 case in Surrey. Things that make ya go hmmm...

CTV is reporitng that "Homicide investigators have been called after a shooting outside a hotel in Whistler, B.C., Sunday afternoon. Police were called to the scene around 12:20 p.m. for reports of shots fired, according to a statement from Whistler RCMP."

6ixaktv is reporting that a car was found engulfed in flames at Creekside. 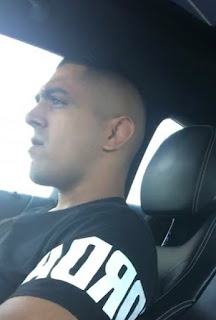 Update: The Squamish Reporter is reporitng that "Police have confirmed that two people involved in the deadly shooting in Whistler have been arrested in Squamish."

The Washington Post is confirming that the victims were Satindera Gill and Meninder Dhaliwal.

When I say the CFSEU is completely compromised, IHIT is no better. They started off as a bunch of clowns getting drunk and having threesomes with witnesses that screwed up the Surrey Six investigation. Now they have Hells Angels associates in the Witness Protection Program so they can convict someone they hired to commit a murder, while they get off for ordering the murder. IHIT and the CFSEU are both compromised.

It appears that the Red Scorpions are under new management.