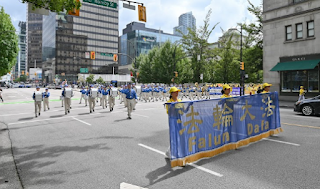 Yesterday the Falun Gong had their annual rally and parade in Vancouver protesting 23 years of persecution in Communist China. It's nice to see the marching band back post pandemic. Tonight, they followed up with their candlelight vigil outside the Chinese consulate in Vancouver. No mainstream media covered either event. Sue Zang spoke. This is a copy of her speech.

The local media coverage of the Falon Gong plight in Vancouver has gotten worse over the past 10 years. The fake news censors anything bad about Communist China. Even their industrial coal pollution. Forced organ harvesting of political prisoners in China is far worse that industrial coal. 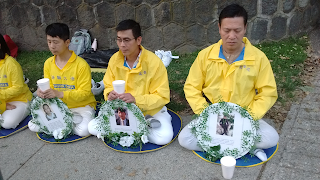 At the candlelight vigil each practitioner sat peacefully with a candle and picture of someone who has been killed by Communism in China. During the pandemic they had a virtual vigil posted online. Canada's own Anastasia Lin has spoken out about the atrocity.

It all started On April 25, 1999, when more than 10,000 people who practice Falun Gong peacefully petitioned the Chinese central government in Beijing for their right to practice their faith, after dozens of fellow practitioners were arrested in a neighbouring city.

That's when all hell broke loose. The Communist government was so concerned about the massive rally, instead of heeding their petition they decided to crack down on the religion and ban it. They started throwing people in jail for their religious beliefs and started executing them for their organs. This atrocity has continued for 23 years.

In China the Communist government staged an event in Tiananmen square where a couple of fake Falun Gong practitioners set themselves on fire in protest. Buddhists do that in Tibet but the Falun gong don't do that. Then they staged a public fake trial on television for the entire country to watch that was full of lies and false allegations. Defamation preceded and maintains the cover for the organ harvesting of political prisoners in Communist China just like the Uyghurs.

In reality the Falun Gong are very peaceful, positive and polite people. Their crime is speaking out against Communist China's human rights abuses. Hear them. As David Matas has said, "Human rights violations, if ignored, will spread and, in time, consume us all." 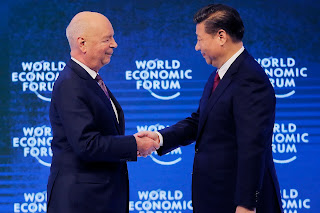