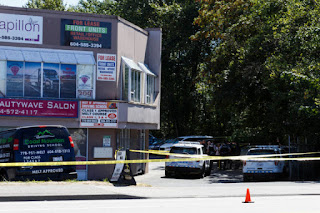 Evidently there was a fatal shooting in Surrey last Thursday. The Surrey Now Leader is reporting that "Ripudamin Singh Malik, acquitted of murder in the 1985 Air India bombing, was killed in a shooting in the 8200-block of 128 Street in Newton on Thursday morning."

This is rather odd. a 75 year old man shot dead in a targeted shooting? Former Liberal MLA Dave Hayer's father, Tara Singh Hayer was shot dead back in 2018. That was indirectly tied to the Air India bombing. Dave Hayer's father was a journalist speaking out against the bombing and was wheelchair bound from a previous assassination attempt in 1988.

Kim Bolan, the current spin doctor for the compromised CFSEU wrote a book about the Air India bombing. It was called Loss of Faith: How the Air-India Bombers Got Away With Murder. It's both sad and suspicious that after attending the trial and writing a book about it, she failed to mention that CSIS had a handler that planned the attack and provided the explosives. That's a pretty significant fact to leave out. It kinda makes ya wonder if Ripudamin Singh Malik was gonna talk. 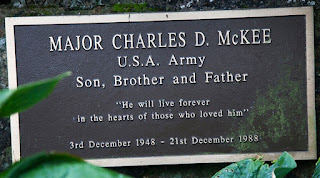 Update: I have two points to make. The murder of someone accused of being involved in the Air India bombing has indeed, opened up old wounds. The fact that CSIS provided the explosives for that operation and were never charged is indeed a travesty of justice.

That is not a conspiracy theory, that is a historical fact. The RCMP testified to that fact in the trial and the CBC reported it at the time. That was before the CBC became compromised. Back when it was still a hallmark of investigative journalism.

The Pan Am Flight 103 bombing was blamed on Gaddafi but he had no motive to blow that plane up and never claimed responsibility. He paid a fine as extortion but always denied responsibility.

Major Charles McKee was aboard Pan Am flight 103 along with four other members of his team with evidence of the CIAs drug trafficking in Lebanon. He had a briefcase full of evidence in his possession. Moammar Gadhafi had no motive to kill him and prevent him from testifying against the CIA. The only ones that had a motive to kill him was the CIA.

Every crime has a means and a motive. In the Air India bombing the accused did not have the means. That's why CSIS provided the explosives. However, they didn't really have a motive either. I always thought it was strange that Sikh separatists would blow up a plane from India killing their own people. It just didn't make sense.

329 people died aboard Air India Flight 182. There were 268 people from Canada on board, 27 people from England, 12 were undetermined. Most of the victims resided in southern Ontario and were Hindus. Some of those were Sikhs. Around 35 passengers were Sikhs from Greater Montreal. Again, why would Sikhs kill Sikhs? What was the motive? There wasn't one.