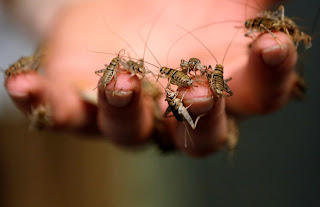 Leslyn Lewis just pointed out an interesting anomaly. The State run media is reporting that "London, Ont. will soon be home to the world's largest indoor cricket farm. Aspire Food Group, a global industry leader in the production of edible insects, will soon build a 100,000-square-foot plant that will bring bugs, as food, to the North American market. The new facility will be one of the most technologically advanced and energy-efficient protein production systems in the world."

Leslyn Lewis is reporting that "With the announcement of the world’s largest cricket processing plant being built in London, Ontario; farmers are concerned about the survival of their industry. Watching the clashes in Holland between the agriculture industry and their government has understandably made them wonder if the same scapegoating of their industry is on the way to Canada. They have reason to be worried. The demonization of their products through red tape, negative product labels, and high carbon taxes is a deliberate attempt by this Liberal government to cancel the agriculture and livestock industry."

CBC is absolutely ridiculous and absolutely worthless. Bill Gates wants us to eat crickets not beef. Bill Gates can go f*ck himself. What they are trying in Holland is what they want for the rest of the world. That is government over reach. Bill Gates buying up farmland in the US to prevent it from being used is a concern for everyone. Ban Bill.

Update: The Counter Signal is reporting that "Much like in the Netherlands, Justin Trudeau is bringing in a nitrogen emissions cap that will absolutely decimate Canadian farming."

If you want to reduce CO2 emissions, stop Industrial coal.

Despite Pledges to Cut Emissions, China Goes on a Coal Spree

China promotes coal in setback for efforts to cut emissions

Natural gas is clean burning. Industrial coal is not. 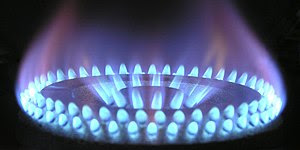 Generating electricity by burning industrial coal is not green. Face the fraud.