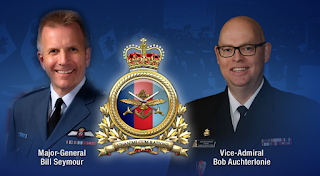 Update: Despite the fact that the Fake News claimed that Mathew and Isaac Auchterlonie are Bob Auchterlonie's sons they do not appear to be the sons of Admiral Bob Auchterlonie. However, since both families are from the same area carrying a unique surname, it is highly unlikely they are not related in some way. Everything else in this post stands. Mathew and Isaac had no criminal records and this behavior is not consistent with their past history. Admiral Bob Auchterlonie works directly with and for the CIA in the Ukraine and is leading the disinformation campaign against Russia in favor of the Azov battalion of Nazis in the Ukraine.

We need to address how the mainstream media is misrepresenting this and see where they are trying to take us so we understand their agenda and the motive behind their lies.

The fake news admits that Mathew and Isaac Auchterlonie did not have a criminal record and their motive is unkown. In fact, the RCMP go so far as to say that the brothers had never done anything wrong before and were unknown to authorities.

That is another peculiar piece to the puzzle. I say another because the whole thing just doesn't make sense. The only conceivable motive here is gun control just like in the Nova Scotia mass shooting where the suspect was paid by the RCMP and of course, that suspect is now dead and cannot be cross examined. Just like in the Saanich bank robbery.

Yet the fake news is running with this misinformation and as they run with it we see the pieces of their agenda clearly come together. The Fake News' Clone Army keep citing Mathew & Isaac's Instagram account which was been deleted so one can verify. They allegedly had anti-government posts and Justin Trudeau was one of their favorite targets. Like the majority of Canadians who didn't vote for his minority government. Now anyone who disagrees with a government policy is lumped in with bank robbers that have shootouts with the police.

We need to understand that Canada is not based on a two-party system. There are five main parties in Canada that split the vote. That means the majority of Canadians did not vote for Justin Trudeau. In fact, in the last two elections, both his opponents received more votes than he did. Justin Trudeau is still trying to eliminate anyone who disagrees with him and he is once again using this type of event to justify it. That makes the real motive behind the event suspicious.

The Fake News is going off about the claim that the Mathew & Isaac had posts on their deleted Instagram account that were pro-gun. Heaven forbid. The fake News is still trying to misrepresent lawful gun ownership and they are still using lies and misinformation to do it.

Every crime has a motive and criminal activity is always progressive. People don't just do something out of the blue that is completely out of their character. That's not believable. The Fake News is trying to smear anyone who disagrees with the government or supports legal gun ownership. We can all see where that road leads.

Every Dictator we have seen has done this before and they have used false flag attacks to justify it. Hitler burned down the German parliament and blamed it on terrorists so he could suspend the Constuction and gain the powers of Chancelor. Then he attacked a German Radio station and blamed it on Poland to justify an invasion. We have seen this all before.

When I first made the post about the bank robbery someone tried to post a comment claiming the police shot each other. I didn't approve the comment because I thought that was extreme. I don't believe the police shot each other unless some of it was accidental friendly fire judging from the way the mob of cops ran into the situation out of formation. However, I do believe a Blackwater mercenary wouldn't hesitate to shoot a cop. They would jump at the opportunity.

I don't believe Gabe Wortman shot all those people in Nova Scotia. Someone did but I don't believe it was him. I believe Blackwater mercenaries dressed as police officers shot some if not all of the victims just like the two RCMP officers who were caught on camera shooting up the firehall in Nova Scotia that was protecting civilians during the rampage. In fact, we even saw Blackwater mercenaries with backpacks photographed at the Boston bombing.

Vice-Admiral Bob Auchterlonie is leading the disinformation campaign against Russia in the Ukraine just like Retired lieutenant-general Charles Bouchard did in Libya. The Ukraine conflict is about supporting a coup and using Azov Nazis to put nuclear missiles on Russia's border. If Vice-Admiral Bob Auchterlonie will lie about Russia to support Communist China and the WEF's takeover of NATO just like lieutenant-general Charles Bouchard did about Gadhafi, don't you think his sons would be willing to go into witness protection for their country as well?

The Fake News lied and said a forensic mannequin was one of the suspects dead bodies. 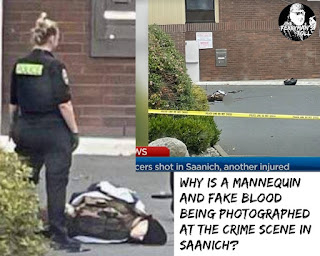 It's like one of those mass shootings in the States where a Gay Muslim shot up a Gay bar in Orlando he used to attend. It didn't make any sense. Why would a Gay Muslim do that? It's not like he went there once and they ostracized him. He frequented there. He just happened to be one of the victims and they picked him to blame it on because he was Muslim. They didn't take the time to think it out. Sometimes the term military intelligence is an oxymoron.

Another thing was the number of rounds fired in that shooting. There were so many rounds it was impossible for one person to fire them all. There were obviously multiple shooters. The motive behind that shooting was to push for legislation to ban assault rifles and over capacity magazines.

What high profile General was involved with another high-profile false flag conspiracy? General Lyman L. Lemnitzer. He was in charge of the Joint Chiefs of Staff and approved Operation Northwoods. After Kennedy demoted him he was put in charge of Operation Gladio in Europe.

Those kind of false flag attacks are different than the mass shootings but the same people are behind them. The motive behind Operation Northwoods was to gain public support for an invasion of Cuba. Opposing Communism is a good thing but the end does not justify the means and the CIA really isn't opposed to Communism like they claim. They just want to be the Communists in charge. Remember lying is their MO. John Brennan voted Communist before he joined the CIA. 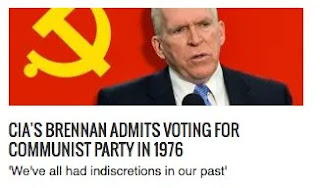 The motive behind mass shootings isn't to invade another country, it's to disarm the citizens so they can be invaded or more easily controlled by the CIA. Remember the CIA controls the mainstream media. All that fake news about Covid came from the CIA. Operation Mass Appeal was just the tip of the iceberg. The CIA are mandated to operate in countries outside of the USA. Vice-Admiral Bob Auchterlonie is currently working directly with and for the CIA in the Ukraine.