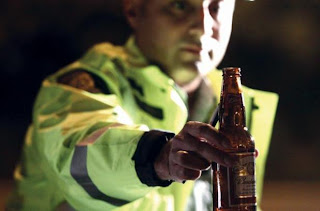 Well the first of the three RCMP Stooges has resigned. The Vancouver Province reported on a drunken RCMP officer transferred to BC who assaulted one of his subordinates. Yesterday they reported that he resigned. Which shows you the inherit problem within the system that rage and denial will not hide any longer. This guy was a misfit. Another drunken pig (excuse the pun) that disgraced the uniform.

He should have been fired. He shouldn’t have been transferred to BC. Which brings us back to Don Ray and Jim Brown. Those other two stooges should not be working for the RCMP. Any other industry and they would be fired. Any other unionized industry and they would be fired. Unions don’t just protect idiots from getting fired. Unions enforce the laws of a harassment free workplace.

It’s tragic the Harper government is going to continue to muzzle and manipulate Bob Paulson. He really could have made a difference. Giving them more power to fire whistleblowers is not the answer. The laws are already in place to fire Don Ray and Jim Brown but they refuse to do so. Which simply means they will use their new disciplinary powers to silence critics and sweep problems under the carpet where they’ll fester and grow. With all these alcohol problems within the RCMP there is not a snowballs chance in hell they should be given a liquor license in Surrey. That would be an offensive outrage both to the public as well as to all the officers who have been victimized and bullied by drunken coworkers.