Political Pedophiles in the UK 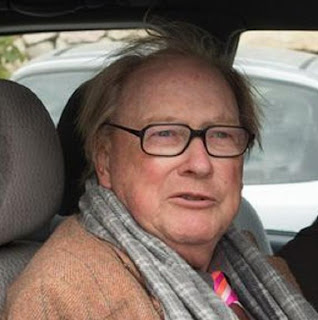 A growing political scandal in the UK has just exploded. BBC's Newsnight claimed that a 'leading politician from the Thatcher years' was embroiled in a widespread pedophile ring - and repeatedly raped boys from a children's home in Wales. Alleged victim Steven Messham told reporters he was raped 'more than a dozen times' by the man, described on the program as a 'shadowy figure of high public standing'.

Mr Messham, now 49, was one of hundreds of children horrifically abused in children's homes in North Wales during the 1970s and 1980s. He lived at the now closed Bryn Estyn boys home, Wrexham during the 1970s. Allegations of abuse at the homes began to emerge in the 1990s and the Waterhouse Inquiry Report in 2000 looked into the claims.

OK let’s pause there for a moment. The BBC produces a witness who claims he was raped numerous occasions when he was young at the Bryn Estyn boys home in Wales. That’s pretty significant. Yet the allegations are not new. Numerous allegations were made back in the 1990’s and an inquiry was held.

William Hague, the then Secretary of State for Wales, announced in 1996 a judicial inquiry into abuse in North Wales children's homes, he described it as one of the "saddest chapters" in the history of social care and insisted there would be "no cover up". Yet it was. He announced that a "senior figure" would investigate "truly dreadful" child abuse claims some of which involved a senior Tory figure who was prominent under the Thatcher regime. But he didn’t.

In steps Sir Jimmy Savile. A media personality from the BBC who was knighted in 1990. Last month, a year after his death, a TV documentary about Sir Jimmy being involved in child sexual abuse allegations was aired and triggered Scotland Yard to begin a criminal investigation of child abuse allegations that covered six generation. Now we have more witnesses come forward and David Cameron promises to get to the bottom of it as he runs off to do some arms dealing in the Arab world.

BBC names the shadowy politician to be Lords a leaping Robbie McAlpine. Robbie denies it, threatens to sue and heads start to roll at the BBC. Sad. Very sad. Sounds like Alfonzo Gagliano and Jim Brown. You can’t sue someone for telling the truth.

The fact is, there were many real victims in a widespread pedophile ring. That needs to be investigated before we run off and do any more arms dealing, drug smuggling and money laundering. We’ve seen where that road leads.