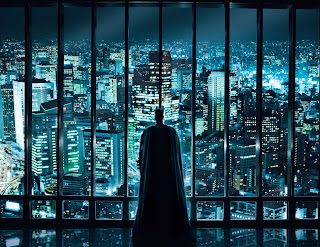 Residents expressed concerns at a Town Hall meeting about a proposed casino Megatropolis in South Surrey. No doubt those concerns will once again fall on deaf ears. Personally I am totally opposed to the project. BC has a gang war driven by the drug trade that is known to launder drug money through casinos. Building a drug money laundering megatropolis in Surrey is in my opinion absolutely insane.

I am opposed to the social problems gambling creates. I know of people who have lost their homes and their marriages from gambling problems. I am astounded how people can have a gambling problem with just slot machines. I can understand roulette wheels where people can lose an insane amount of money in a short period of time but slot machines? I just don’t get it. People who sit in front of slot machines all day and spend their entire pay cheques. Why on earth would people do that? Yet they do. It’s an addiction. It’s a problem. It’s something we shouldn’t support.

As a parent sitting on committees fund raising for dry grad, I know how hard it is for concerned parents to stand up and say I’m not comfortable with supporting a casino night for dry grad. They make so much money. People respond with yeah how many car washes are you willing to do to make up that kind of money? It is a real temptation. That doesn’t make it right.

Aside from my concern about not wanting to support gambling addictions which are very real and do exist, I am deeply concerned about supporting the gangs laundering drug money. Don’t tell me it doesn’t happen because it does. Don’t tell me you’ll take steps to prevent that from happening because you already haven’t.

Yet another flaming concern that was brought to my attention today was Gateway Casino’s $1.5 billion debt restructuring. How does a company that owns 9 successful casinos in BC and Alberta get $1.5 billion in debt? That is a flaming red flag. How did that happen? Who stole that money and where did it go? Just like with these bank collapses, banks don’t collapse all by themselves. Someone has to commit investment fraud and steal from them for them to collapse, usually someone who owns the bank.

So again I ask, how did Gateway Casinos get $1.5 billion in debt? Before we let them build a Casino Megatropolis that will become a haven for organized crime we need to answer that question. Don’t tell me it was a sluggish economy. I don’t believe that. Even when jobs are short people still gamble and people still spend money on drugs. Even more so when jobs are tight. So where did this $1.5 billion debt come from?

Recently we heard news about how the HSBC was caught laundering money for the Mexican drug cartels. So what happened? Absolutely nothing. It’s business as usual. Why? Because people want to invest in companies that launder drug money. They think those are good investments. They don’t realize that people who sell drugs are dishonest. When they launder drug money they are consumed with greed and always accompany that with investment fraud which steals from and crashes banks. We saw that at BCCI. We saw that at Banco Ambrosiano. We saw that at Nugan Hand bank in Australia. It keeps happening over and over again and we just aren’t getting it.

Catherine Austin Fitts refers to it as the tapeworm economy. It sucks the life out of the economy just like a tapeworm sucks the life out of it’s host. Gateway Casino’s $1.5 billion debt restructuring with Catalyst Capital Group needs to be examined before we create an organized crime megatropolis in Surrey.