Surrey the Centre of Stupidity 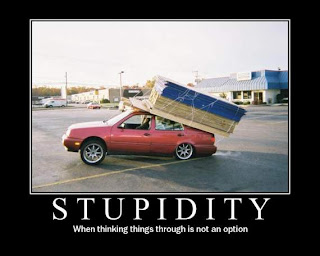 In local news we read that the emergency ward of Surrey Memorial hospital has flooded and will be closed for two weeks as a result. They’re setting up a portable emergency facility in the parking lot. This is unprecedented. All that construction and not a penny for proper drainage. Bad planning to say the least.

Next we read that the promised express bus across the Port Mann won’t be stopping in Surrey. Stupidity once again. Recently the news reported they were planning on reopening an express bus service across the new Port Mann Bridge since they shut the service down and banned it for so many years. It was a time saving and money making run. From Guildford to the PNE took about 15 minutes. Rerouting everyone through bus, skytrain – stop and go, then bus again took forever. Aren’t we supposed to be supporting business? Taking a bus from Guildford to the PNE encourages people to go to the PNE.

So now we get a promise the service will return with the insanity amendment: it won’t be stopping in Surrey. Who gets these ideas? They obviously have no business sense whatsoever. Then there’s the non existent counter flow lane on the Port Mann Bridge.

Years ago, after they spent all that money to expand the existing Port Mann bridge they now want to spend more money to tear it down. As a result, they added a lane of traffic to the bridge. Only unlike the Lion’s gate bridge or the Dease Island tunnel, they never made it a counter flow lane to ease morning rush hour. They simply made it an eastbound lane to help ease afternoon rush hour traffic which did absolutely nothing to ease morning rush hour traffic into Vancouver. We still had two lanes of traffic going into Vancouver over the port Mann and three lanes returning home. Insane.

Then to ad insult to injury, they open up half of the new bridge. Wonderful. Five lanes of east bound traffic but wait… they still only have two lanes of westbound traffic during morning rush hour. Not only that, but the three lanes eastbound on the original bridge is left empty with no one on it. So while everyone is so excited about half of the new bridge being open, we still had only two lanes open to go into Vancouver in the mornings with traffic at a snails pace backed up to the moon.

Here I am, shaking my head over the fact that for years they never made the eastbound lane a counter flow lane astounded that after opening up five lanes of eastbound traffic on the new bridge we still only had two lanes of traffic open going into Vancouver in the morning commute while three lanes on then old bridge is empty. Now I’m like where’s the hidden camera? This is a joke right? Well it is, but they didn’t intend it to be.

So they announce they were opening up the new bridge on Saturday to westbound traffic. So I comment at work and say finally they have more than two lanes going into Vancouver over that bridge in the mornings. No they reply. They just opened up two lanes westbound because the other lanes aren’t finished. Are you kidding me? What are they doing with all the lanes on the old bridge? Well, they have to take up some of those lanes for the new lanes at the exit ramp. OMG. Now they have five lanes eastbound two lanes westbound and a whole bridge of five lanes sitting empty while there is still only two lanes open west bound in the morning. All we really needed was a counter flow lane for rush hour traffic. Was that too much to ask? Evidently so. Surrey has clearly become the centre of stupidity. One day we will be free. Free from stupidity. But not yet. I’m afraid there’s a lot more to come. 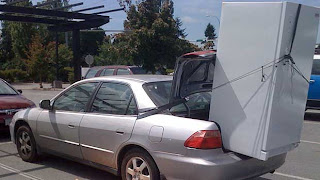