The War in Gaza 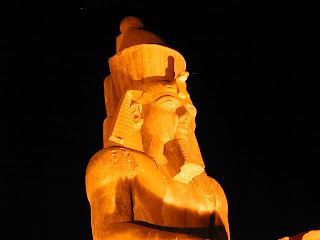 OK I’m going to have to weigh in here. The tensions in Gaza are spilling over to protests in Canada and it behooves us to see the insanity for what it is. I am the first one to admit that Israel is not always right. I am the first one to admit that I am not comfortable giving Israel or anyone else for that matter, a blank cheque of endorsement. Yet this time, I agree with Stephen Harper’s position on Israel. Which doesn’t mean I don’t still have serious concerns about Harper handing over our oil rights to Communist China and signing trade agreements that gives up our sovereignty because I do. What it does means is that although no two people agree on every political issue, no two people disagree on every issue either.

Let’s take a step back to the previous violence in Gaza and look at the wrong that was done by both sides. Gaza says we want to be free. We want to be independent from Israel. Israel says, OK. They pull out and let Gaza have more control of their sovereignty. So what does Gaza do as soon as Israel pulls out? They start firing rockets into Israel at random. That was crazy.

I thought it was absurd how some Canadian trade unions were speaking out against Israel and denouncing a wall they built to protect themselves from rocket attacks demanding the wall be taken down. Those Canadians are crazy. They have no right to make such an absurd claim. If someone was firing rockets at me, I’d build a wall to protect myself too. That was the least aggressive and most peaceful solution conceivable.

So Israel pulls out of Gaza and Gaza responds by firing rockets into Israel. Israel then launches military strikes at points in Gaza where the rockets are being fired from. Fair enough. Israel even called in advance giving Gaza warning about a military strike in a rocket launching area. So the nutbars in Gaza then send in crazed woman screaming like they belong in an institution rushing to where Israel said they were going to strike wanting to be a martyr for the cause so Gaza could tell the world Israel was killing civilians. Not only was that crazy, it was dishonest.

I do think Israel using white phosphorous on civilians in Gaza that it bought from the US was extreme and over board. Yet they did have a right to protect themselves and strike at militant areas that were firing rockets into Israel. That’s a given. Nutbars rushing into the areas to increase civilian casualties to gain public sympathy was pure insanity and complete dishonesty.

The very fact that Gaza keeps firing rockets into Israel shows why Israel needs to maintain a naval blockade against Gaza. Not against food or medical supplies but against arms that they will clearly use against Israel.

Let us remember that Gaza is different from the rest of Palestine. The residents of Gaza are not the original inhabitants of Gaza. The Philistines were. The Philistines were conquered by Egypt under king Rames and carried away as slaves. No doubt there are many people and many families in Gaza that are normal people who just want a normal life. Yet there are many insane wackos that want to destroy Israel at any cost and play the victim to gain public sympathy as they do so. They don’t have my support.

Perhaps Gaza should be given back to Egypt. Gaza is clearly not mature enough to run themselves.