The Legalization of Pot 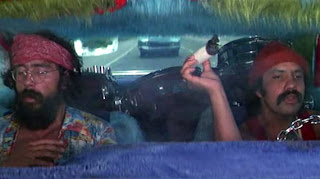 The second thought I wanted to mention was all this frenzy about the legalization of pot now that Washington and Colorado said yes. California I might add, said no. To me it’s kinda like Gay pride. What two consenting adults do behind closed doors is their business. Yet parading around half naked in public with whips and chains handing out free condoms isn’t really a family friendly event.

If someone wants to smoke a blunt in private that’s their business. Yet parading around in public flaunting it and forcing others to smell it and inhale all that second hand smoke gets carried away. I’ll be the first one to admit that I don’t support mandatory minimum sentences for smoking pot. Nor do I think sending people to jail for smoking pot is productive. Yet we know what human nature is like. We know how people get carried away on 420. I don’t support the legalization of pot. I support the decriminalization of pot. There’s a big difference.

Recently there was a headline in the paper about how a pot advocate won the lottery and has committed to spend a portion of his winnings on legalizing pot in Canada. I find it somewhat amusing that all of a sudden they are referred to as pot advocates. Back in the day we called them stoners. People who smoked pot all the time and were basically burn outs. Society didn’t look up to them back then. Times have changed.