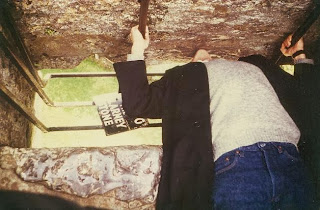 This isn’t my Last Post but it is my Swan Song. Where I lay everything on the table. After all, what shall we die for Elizabeth? Apparently a scrawny weasel I used to do volunteer work with just gave my real id to some of my enemies. I am in the process of hunting him down.

We all face the consequences of our choices. Yes I put my kids at risk by doing this blog. However, the person that gave my id to my enemies also assumes moral liability for any harm that comes upon them. Especially when he repeatedly joked about harm coming to my children when he kept trying to expose my real name. For some reason he thinks I’m not going to come for him now. Like I said, he is insane.

I’m still going to cover the Joey Verma trial, the Johnny Newcome trial and the Dain Philips murder trial. Joey’s trial is going to be over much quicker than expected. The defense isn’t calling any witnesses and Joey’s not taking the stand so he doesn’t have to face cross examination.

I am going to pull back a bit and enjoy the time that I do have. After all each day is a gift from God. I don’t pretend to be religious. I most certainly believe in God as well as the atonement and the resurrection. I just don’t pretend to be righteous. I am just as flawed as anyone else. I just don’t sell crack or pimp crack hos. I’m really looking forward to the snow in the mountains this season.

Trolls claim the Hells Angels don’t sell drugs. Well if they didn’t, then I wouldn’t have a problem with them. They do so that creates a problem. The Hells Angels and the Dirty Flu have no right to harass the Iron Order. If the Aging Rebel or Belt Drive Betty can’t see that then shame on them.

Harper is still a raging lunatic. After selling our oil rights to Communist China now he’s selling our natural gas rights to Malaysia and he’s even smiling like an idiot as though giving up Canadian sovereignty is something to be proud of. The FIPA agreement is a complete violation of our democratic rights. When I was in Kelowna at the Harper protest I spoke with one local business owner who said they are convinced our political leaders are complete sociopaths. I have to agree.

Gregor Robertson is smoking crack. He went to a summit in New York City to share the lessons about Vancouver's successes. Is he kidding? What successes? Social housing? Rapid Transit? The DTES? BC transit loses over a billion dollars a year in that absurd regional gas tax. New York is a much bigger city than Vancouver. They have a lot more to teach us than we have to teach them. Ever heard of the New York model?

Gregor Robertson should visit the Deuce while he’s in New York. East 42nd Street Time Square. See how nice it is? That used to be like Main and Hastings. Crack dealers and drug violence around the clock. They cleaned it up through enforcement. They harassed the crack dealers not the crack addicts. That is the New York Model. I was there. I saw it. They didn’t do it with safe injection sites or by handing out free crack pipes.

The DTES is the biggest toilet in North America. That is one big failed social experiment. It’s time to try something new. The New York model works. When I came back from Ireland my father put an add in the Surrey Leader. It was a picture of me kissing the Blarney Stone in Ireland with the caption Look out world, Here comes trouble.

I used to be known as Finian. My father gave me that name when I came back from Ireland. He sat me down and made me watch Finian’s Rainbow. T’was an eloquent legacy to bequeath a child so it was. He quoted the song Look to the Rainbow and said I was always the type of person that followed my dreams. Martin Luther King had a dream and so do I.

I have a dream that one day Vancouver will rise up and embrace the New York model and set the homeless free from the predatory drug dealers that enslave and exploit them. I have a dream today. If they shoot me for that, my blog will go Tupac. Word. 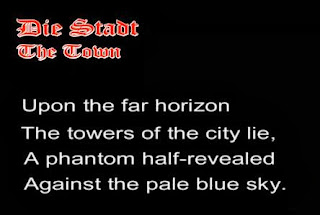 It's beginning to feel a lot like Christmas. Sounds like it’s time from some TSO. Beethoven’s Fifth Symphony represents death knocking on the door. Who knows, maybe this Christmas Eve in Surrey will be another Christmas Eve in Sarajevo just like the Christmas of Vancouver 1995 where a rat murdered a police informant and his wife and was given instructions to murder his co accused after they murdered the informant. No L and R for that puppet on a string.

I have always believed in the right to bear arms. Buyer Beware. Even in Canada you are allowed to use deadly force if someone uses deadly force against you .That’s how you know who got off of killing John Lahn. It was in self defense. I knew a man once who said, "Death smiles at us all. All a man can do is smile back." Welcome to my parlor said the spider to the fly. 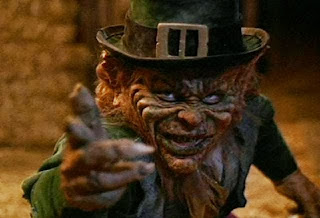