Joey threatened to kill another witness and his whole family 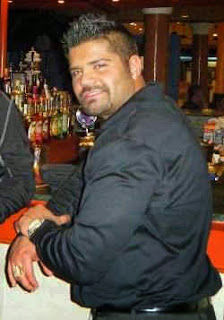 Castanet is reporting that Mike Roberts took the stand yesterday in Joey Verma’s murder trial. He’s the 65 year old man who lent Joey his truck. Roberts testified that Joey said he needed a vehicle other than his own to conduct some business the day of the murder.

“Roberts says Verma soon told him to deny lending him the truck if anyone asked, and began either talking or texting him several times per day, checking up and asking if anyone has contacted him.” After seeing Brittney's picture in the Vancouver Province "Verma allegedly told him to 'forget about it' because she was 'just a junkie'.”

“Roberts said he was worried about the police issuing a warrant for his truck, and asked Verma point blank if his DNA would be found on the body. He says Verma responded that it would, and while poking his finger into Roberts chest in the shape of a gun, told him he had no choice and would kill his whole family if Roberts didn’t take the fall, adding he was sorry, but that was the way he conducted business.”

“After speaking with the lawyer, Roberts says Verma told him, “You’re off the hook bro. This doesn’t involve you.” And that he would have to take the heat, or something to that effect.”

More details on the killing quote: After a visit from the police where they told Roberts there was men's clothing on the body - he contacted Joey - met him at the gym and asked him "Are they going to find my DNA on those clothes?" Joey responded yes, you need to take the fall for this, I can't, my people need me, people count on me for money and business, you don't have a choice here - if you don't do this I will kill you, your wife and your children. It's nothing personal - it's just how we do business. "

He also told a story about Joey saying to him " I am going to need to tell you how it went down so you are believable on the stand as having done it" Mike Roberts said he didn't want to know. Apparently Roberts was writing everything down on his computer at home, everything that had happened with the trucks, what Joey had said to him etc - and he told his wife if anything happens to me - get this to the police.

There is evidence from the bail hearing that should be put in front of the jury.

Britney Irving was shot in the back - trial updates.

AM1159 News is reporting that Defence lawyers have decided to not present any evidence in the case and after closing arguments are made the decision will then go to the 12 member jury. Joey isn't taking the stand so he doesn't have to face cross examination.