Rob Ford crack video is in the hands of the court 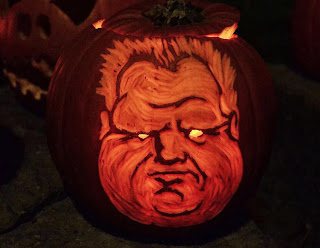 Looks like Rob Ford is the great pumpkin head this Halloween. MSN News is reporting that “Allegations of a ‘crack cocaine’ video that have for months swirled around the mayor of Canada's largest city came to a head Thursday with a stunning police revelation that they have uncovered the video.”

That’s right folks. The video that pumpkin head said didn’t exist does and is now being entered as evidence in Alexander Lisi's extortion trial. Happy Halloween cracker. Ya got to remember, two credible journalists said they watched the video,. They didn’t just make that up. 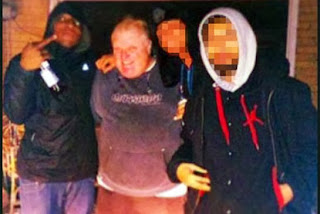 The Globe and Mail claims the Ford family has a history with drug dealing. Rob Ford's brother in law has been charged with breaking into his home and uttering threats. This is the same drug dealer that in 2012 Rob Ford asked the judge not to send to jail. Gee I wonder what he had on Ford. As one blog reader who sent in the links said, no one could even make this sh*t up. Sounds like the Ford dealer shirts from Surrey Shirts will make great stocking suffers this Christmas. 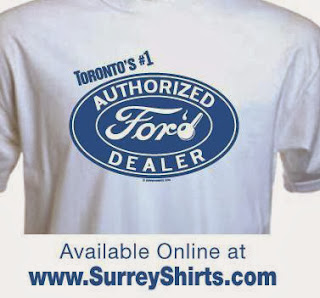 CTV is reporting yet another drunken episode involving Rob Ford that was described in an internal e-mail on saint Patrick's Day 2012. This is a consistent behavioral pattern with Rob Ford which simply proves the majority of Canadians are insane and have no moral conscience for reelecting the bum.