Whalley residents feel like prisoners in their own home 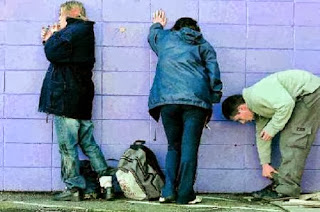 A couple of stories to catch up on. Those trolls were driving me crazy. What a pathetic toxic life. This world has so much more to offer than that. I’m not wasting any more time on them. They feed off of the drama. It’s just really irritating that whenever they talk about posting my real identity they always throw in a dig about harming my daughter.

The Vancouver Province reported an increase in thefts in Surrey this year. Given the stereotypes an increase in those numbers isn’t a good thing. Obviously it’s connected to the drug trade. Addicts stealing to pay for their drugs. It is the tapeworm economy.

The article in the Province talks about how Whalley residents feel like prisoners in their own home. The problem revolves around letting drug dealers sell crack outside the Front Room. That is the first thing the police should have stopped when Janice Shore was last seen there before she was brutally murdered.

The Regional police force debate has been in the news again. Wally Opal has absolutely no right to speak on the matter. He should be in jail for accessory to murder after his criminal handling of the missing women inquiry. He shut it down after the Hells Angels involvement in the Pickton farm was mentioned.

Robert Pickton was convicted on the premise that he wasn’t the only one or even the main person involved in the murders just an active participant. That means a missing woman’s inquiry should be mandated to look at the possibility of other suspects. Opal should be in jail. He has no right to talk about Regional Police forces.

Kash Heed is another politician whose push for Regional Policing is questionable as is Diane Watts. She’s on the opposite side of the issue but she was the one that cut a deal to get the RCMP HQ with their brand new bar in the Green Timbers clear cut.

Speaking of dirty politicians, Christy Clark was interviewed by Peter Manbridge on TV. It was too offensive to watch. I had to turn it off before I threw up. She should be in jail for the BC Hydro fraud. Godzilla’s support for Campbell’s dirty developers in the Campbell Heights Industrial park was disgusting. Moral integrity does not exist at Surrey City Hall. Their new ivory tower is proof of that.

There's a song called View from an Ivory Tower by a musician in Surrey known as Jonny and the Stickman from his album Retro. You can get it on Itunes. It's pretty powerful and in my opinion relates directly to where Dianne Watts has taken us and their new Ivory Tower. Check it out.