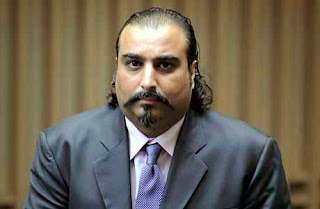 Kim Bolan is reporting that former cop Rob Sidhu just plead guilty to conspiracy to export cocaine in a Seattle court. Apparently he copped a plea and pled guilty to exporting at least 500 grams as opposed to hundreds of kilos he was originally accused of. As we know Rob Sidhu was associated with Rob Shannon who was already convicted along with Jody York of smuggling BC Bud and cocaine across the border for the Hells Angles. Shannon and York were both in Weird Hal Porteous' ridiculous I’m on a boat rap video.