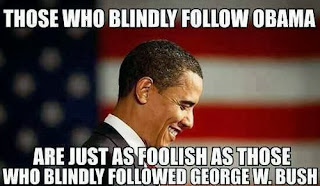 The Vancouver Province reported that "U.S. President Barack Obama was dragged into the trans-Atlantic spying row Sunday after it was claimed he personally authorized the monitoring of German Chancellor Angela Merkel's telephone three years ago."

Of course the NSA denied it when the story broke. Then the Intelligence chief went on record defending the wire tap. Since the world is protesting over it, the US claims it will consider stop wiretapping allies. Well how can they stop doing it if they never started? The only way we can expect the intelligence community to stop lying is if they stop talking. This is why any media outlet that reprints a press release from an intelligence agency without questioning it first is being completely irresponsible.

The point is, this isn’t Hitler during the war. This is an ally. If it wasn’t for Edward Snowden, we would even know about this. God bless Edward Snowden. It’s not just Germany. It’s France and all of their allies. They think they are above the law.

The German response is "If the Americans intercepted cell phones in Germany, they broke German law on German soil." He noted that wiretapping was a crime in Germany and "those responsible must be held accountable". Well three cheers. Obama and the NSA broke the law in Germany. So let’s put them in a German prison and deny their transfer back to the US until they approve Marc Emery’s prison transfer back to Canada for a much less serious crime.

The Washington Post is now reporting that the NSA hacked into Google and Yahoo databases as well. It’s time for Obama and the NSA go to jail and Edward Snowden be set free.

In England Murdoch even tapped Princes William and Harry with the help of you know who.