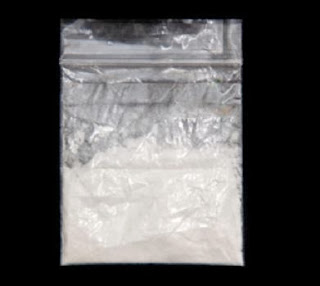 This morning the Vancouver Province reported that the police had made a large seizure of bath salts in the Okanagan with more details forthcoming. Now News 1130 is reporting that two women from West Kelowna were arrested after 16 kilograms of methylone in three packages were seized at the Vancouver International Mail Centre.

The drugs, destined for West Kelowna, were intercepted on Aug. 23 and 26. The two women were arrested on Sept. 19. So we're just hearing about it now. Better late than never. Bath salts is really serious. It’s even worse than crack or crystal meth if you can believe it. These aren’t bath fizzers. It’s a bizarre drug that has insane side effects.

It’s also knows as the Zombie drug. One of the claims is that a man who was eating the flesh of a homeless person in Florida while on bath salts. My daughters conspiracy theory is that “they” are going to put bath salts in our drinking water to trigger the zombie apocalypse. A rather amusing theory but I still don’t understand where everyone gets this zombie apocalypse from. It sure isn’t biblical. Nevertheless, bath salts are nasty and dealing them is insane.