Outlaws in Newfoundland get in fight with police 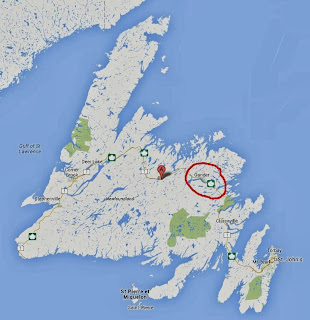 We talked about a new chapter of the Outlaws MC at Grand Falls Windsor in Newfoundland a while ago. Well now it appears they have a new clubhouse in Gander Newfoundland as well. CBC is reporting that the new Gander clubhouse opened up last Friday.

RCMP are investigating an incident at a bar in Gander last weekend where members of the Outlaws got into a fight with off-duty officers. An auxiliary officer was allegedly hit in the head with a beer bottle and knocked unconscious. Someone “caught a left with my Guinness stout.”

I understand that there have been some rumors on Kim Bolan’s blog about the Outlaws having a meeting with Ricky C in Vancouver to talk about carving up territory. I personally doubt the Outlaws would ask Rainbow Ricky’s permission for anything but I suppose anything is possible. If anyone sees Ricky C ask him about the Devil’s Butler for me. Tell that fat ass freak to let the Outlaws have Surrey. What their people did to Janice Shore was unacceptable. We don’t like him, the Bacon brothers or the trailer trash Surrey girls. Word.

Update: CBC is reporting that after police issued a warrant for Patrick Bemister, a member of the Outlaws who allegedly assaulted two off duty police officers in Newfoundland has turned himself in. An assault against a third officer by another person in the same incident is still under investigation. The three RCMP officers, who work out of the Gander detachment, suffered only minor injuries.