A toll for every bridge is insane 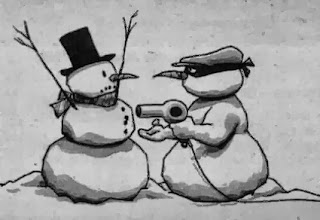 Alright, today we’re going to highlight three acts of domestic terrorism. The first of which is the Diane Watts disease that has spread all over the front page of today’s Vancouver Province.

Dianne Watts was the criminal who came up with the idea that we should toll all bridges because tolling just a few isn’t fair. That has got to be the stupidest statement in recorded history. You build a new bridge, you charge a toll until it’s paid for, then the toll is removed. Just like what was done with Lions Gate bridge and the Coquihalla highway. Even the mayor of Delta has caught the Diane Watts disease and is spewing the same nonsense. No doubt the mayor of North Vancouver thinks it’s a dumb idea because after paying for their bridges they don’t want to have to pay for bridges in Surrey too. That's totally understandable.

Tolling every bridge is simply a tax grab to feed the mayor’s counsel of gluttons who already burn a billions dollar a year regional gas tax and still want more more more. They even wanted to introduce a regional sales tax to give them a new budget to spend. Those people are insane and we need to fire them. It is a violation of the mobility rights protected by the Canadian Charter of Rights. You’re free to move as long as you have enough money. Not. Tolling every bridge would be grounds for lynching.

Posted by Dennis Watson at 8:28 PM