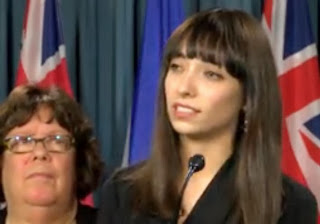 Marc Emery supporters have the backing of the opposition parties in their quest to have Marc Emery’s prison transfer to a Canadian prison granted. The Vancouver Province is reporting that NDP deputy leader Libby Davies, Liberal public safety critic Wayne Easter and Green MP Elizabeth May all spoke out in support of the prison transfer which the US has already approved. It is the Harper government that is holding it back.

This is how the Harper government is aiding and abetting the destruction of the Canadian Justice system. Their response to the request was "Individuals who have been convicted of serious crimes should face the full force of the law. And unlike the opposition parties whose primary focus is the drug trade, our government will continue putting the rights of victims first."

There ya have it folks. Living proof the Harper government lies and smokes crack. Individuals who have been convicted of serious crimes should face the full force of the law. Selling pot is not a serious offense. Wiretapping is. They’re not even pressing charges in the Jamie Keyhoe murder. There is no justice for the victims there.

We see two extreme here. One side wants to legalize pot. The other side wants mandatory minimum sentences for pot. Why go from one extreme to the other? We have a serious gang problem in BC. The problem is the crack that the Hells Angels are bringing back to Canada. If they just sold pot there wouldn’t be a problem. Violent crime would be dramatically reduced. It’s crack and crystal meth that we need to address. Obsessing over pot is preventing us from being able to address the serious crime like crack and crystal meth as well as murder and rape. Stephen Harper is insane.

I don’t support the legalization of all drugs. I don’t support needle exchanges and prescribing addicts heroin. Yet there is a huge difference between pot and crack. Failing to recognize that is insanity.

Notwithstanding the simple reality of that concern, Libby Davies is right. This is about granting a prison transfer of a Canadian who did not commit a serous offense and committed that minor offense while he was in Canada. Being an asshole about it is very un Christian. Not only that but sending Marc Emery to prison for selling seeds while they let the Hells Angels sell pot openly at the Black Door and sell crack openly at the Front Room is not equal protection of the law. It is disproportionate. It’s like arresting people for speeding while they let everyone else commit rape. That has to stop.

You know what else is worse than smoking pot? Adultery. Like how Vikileaks Toews had an affair on his wife and fathered a child with a younger woman. That’s worse than what Marc Emery did. At least Marc has a good relationship with his wife and is faithful to her. Fraud is worse too.

In fact lying about not spending 69 billion tax dollars on a bank bailout they didn't need then raising the age of retirement for Canadians to pay for it was a criminals act all in itself. So was spending billions of tax dollars on a fleet of over priced jets that don't even work in the arctic to a company one of his candidates lobbied for. Stephen Harper should be in jail not Marc Emery.

It's sad how never an honest word was every heard when Stephen Harper ruled the world. For some reason I can't explain, I know Saint Peter won't be calling his name. Don Francisco had it right.