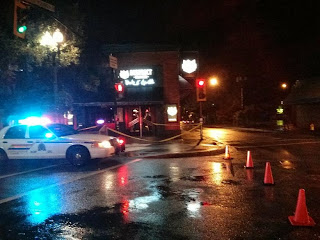 My Chilliwack News is reporting that two men were stabbed Sunday night at the District Pub House, off Five Corners in Chilliwack. Police say it was not a targeted attack. However, a witness on the scene claimed they saw several supporters standing outside and two huge pools of blood. One of the two men was in critical condition.