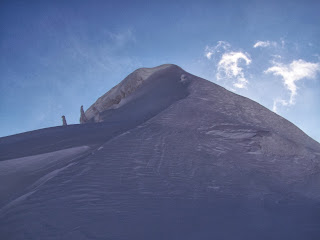 I think the Thanksgiving Truce has some people confused. Some people are wondering if I have given up or if I have caved in to bullying. I can assure you neither is the case. Others understand the concept of redemption. Yet I will have to expand upon it for those who have misunderstood.

There will come a time for me to put this blog to rest and ride off into the sunset for a simpler life. Yet until then I have one more campaign to launch. "So if you want this encore then I need ya’ll to roar. What the hell are we waiting for? For one last time, make some noise."

The Kelowna Summer Jam wasn’t a music festival. It was a spotlight on crime in Kelowna. It targeted the Hells Angels and highlighted three senseless murders. Now I’m ready to launch the Surrey Winter Fest. It’s going to focus in on drugs at the Front Room and highlight Janice Shore’s brutal murder. That’s going to be the main focus of this next campaign. Yet it’s also going to touch on some hidden wonders of the season.

It’s more than a series. It’s going to be a kaleidoscope covering the good, the bad and the ugly. I'll conclude by showing you a place high above the desert plain where the streets have no name. We’re talking about ice baby, ice and snow not blow. This winter brace yourselves for one last ride. To pull this off I’m going to need your help. I want you to sing. I want you to tell me who killed Janice Shore.

There have been some new developments in that case and I can tell you right now it shocked me. Yet we need a few more pieces of the puzzle to bring justice home. The Front Room isn’t a homeless shelter, it’s a drug house. The Front Room is the epicenter of drug related violence in Surrey.

I can’t help but feel partly responsible for what it has become. 14 years ago the city of Surrey closed it down on a building code technicality. That was back when Doug McCallum was mayor and Godzilla was just one of his minions on council. I addressed City council with my young daughter at my side confronting them for what they had done asking each member their position on closing the homeless shelter. I told them I was going to make a web site and post their position on the closure on the web site and make it an election issue. After my presentation was over my young wise daughter leaned over to me and said your time wasn’t finished. That lady just didn’t want you to ask the mayor any more hard questions. Very insightful for such a young child.

It appears the council had concerns not about homeless shelters but about what this particular shelter had become. It has become clear that those concerns are now valid. I have spoken to many homeless who won’t go there or stay there because of it’s drug related violence which we are funding with our tax dollars.

We now have two alternatives. There are several other transition homes where no drugs are allowed. If we can’t get rid of the predatory drug dealers there that are exploiting the homeless and brutalizing them by giving them free drugs then beating the life out of them for payment, they we are going to have to shut that shelter down once and for all.

You know City Hall and the business development committee would love to shut it down. With enough public support they will close that shelter at the snap of the finger. No one likes putting the homeless on the street in winter. So this winter fest will be one last chance to clean up that shelter before it gets shut down permanently. Either way, we are going to shut that drug operation down once and for all. Buyer Beware.

When I think about Janice Shore’s murder it makes me numb. “I'm tired of being what you want me to be. Feeling so faithless lost under the surface. Every step that I take is another mistake to you and every second I waste is more than I can take. All I want to do is be more like me and be less like you.” 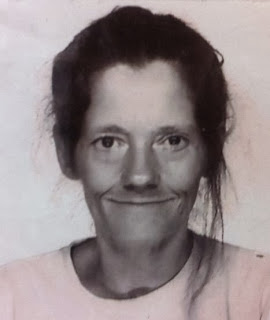 Posted by Dennis Watson at 4:43 AM