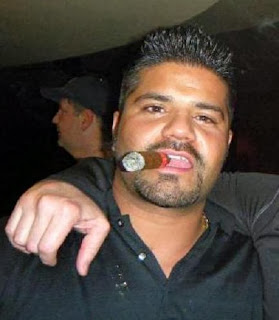 Castanet is reporting that a jury of his peers has found Joey Verma guilty of the first degree murder of Britney Irving. He is automatically sentenced to life in prison with no possibility of parole for 25 years. I guess that means no one has to shoot him now. Now if we can only address the people that hired him to kill her.

It’s pretty obvious who owned the clone show Britney was running that was busted. The question I have is if Joey had a debt and killed her to wipe out that debt, then why the hell didn’t they save the money and just give Britney some time to work off the loss from the clone show bust? Aside from being ruthless it’s bad business.

There’s much more to discuss including my next campaign but let’s just pause for a moment of silence. The verdict is very much revealing. Yet it doesn’t bring Britney back. Castanet reported that Britney’s mother sobbed as the verdict was read. No doubt she felt relief that justice hadn’t slapped her in the face after the loss of her daughter. Yet as any parent can imagine, it doesn’t bring back her daughter. Although life does not end at death, the life she had left to live was taken from her and will never be replaced. That’s why murder is such a serious offense.

Castanet is reporting that Joey showed no emotion when the verdict was read. Just like he showed no remorse when he saw pictures of her dead body in court. Just like he showed no remorse when he told Mike Roberts not to worries about it claiming she was just a junkie anyways. So now Joey is spending the next 25 years in prison. Don’t worry about it. He had no remorse for Britney. This is why the law has to have a consequence. For people like him who don’t have a conscience.