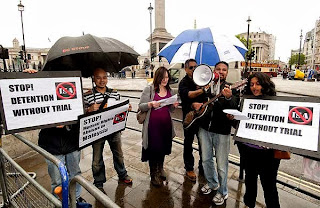 This one’s kind of weird. The Vancouver Province and Time Magazine are reporting that a Malaysian appeals court upheld a government ban against the use of the word "Allah" to refer to God in non-Muslim faiths. That ban would be illegal in North America because it would violate the US Constitution and the Canadian Charter of Rights.

Once again wee see the importance of the separation of Church and State. Once again we see an Islamic government doing weird things that violate civil liberty. The sad thing is, Stephan Harper just gave Malaysia our Natural gas rights. Not only are we funding the Military expansion of Communist China every time we fill up with gas at the pump, now we are funding the military expansion of an Islamic government that has no regard for civil liberty every time we heat our homes. Stephen Harper is insane. Fire him.

Harper is turning Canada back into a colony. Now we are a colony of China and a colony of Malaysia. Selling oil or gas to other countries is good business. Giving them the rights to our natural resources to gouge consumers at will is not. Can we see what’s happening here? First Harper helps the oil and gas companies eliminate the competition in a free market. Then he gives that monopoly to foreign state owned companies. So much for our free republic. .