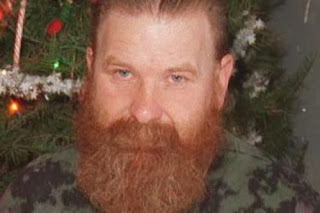 The Vancouver Province is reporting that Robert Pickton’s brother Dave is now facing a lawsuit alleging he threatened to rape and kill a woman on a Burnaby construction site more than two decades ago. The notice of civil claim against Pickton was filed in B.C. Supreme Court Tuesday, alleging he sexually assaulted the woman on a job site in August 1991 and when the assault was interrupted he threatened to rape her later.

The Vancouver Sun adds that the notice of civil claim states her job was terminated, and the night before she moved from her Burnaby home to White Rock, two large men parked their motorcycles in front of her house and waited for at least four hours. "She telephoned the police, and they told her that there was nothing they could do about it because the men were not trespassing," states the document. Two large men on motorcycles. That sounds familiar.

A day or two later, a heavy-equipment operator beckoned her over. "'You better get out of here. Get your kid and get out of town, They're going to kill you. They're going to cut you up and they'll spread you all over where you won't be found,'" states the court document.

During Robert’s trial one of the police officers who investigated the case was put on the stand. He admitted that the police did find bungee cords and pills in Dave's room but rationalized it by saying just because someone was accused of committing a sexual assault doesn’t mean they are a murderer. No but it does mean he should have been charged for that sexual assault as well.

We also heard Catherine Galliford claim the other police officers investigating the Pickton case were rude pigs and sexually harassed her. Bill Fordy was one of the officers that investigated that case. The fact that one police officer visited the Pickton farm before he was arrested and told Robert the name of a witness that claimed he was murdering sex trade workers was another criminal act the police committed. Seizing Grant Wakefild's hard drive was another. The list goes on but this story will not die.