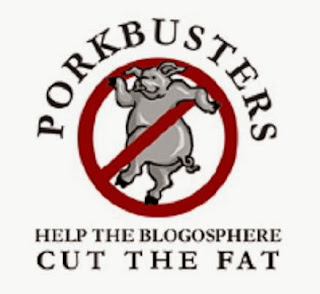 From Senate scandals to Rob Ford’s crack video to Diane Watts’ bully power, political immorality is sweeping the country from coast to coast. It’s easier to see with Rob Ford and the senate’s spending but clearly the Montreal corruption inquiry has nothing on Surrey. Recently I saw an outrageous main stream article promoting Godzilla’s insanity and it made me want to throw up. I know newspapers want corporate advertizing dollars but that was just plain cheap. Pimping the dream for what? For a lie.

Let’s stop for one minute and think about where that kind of political immorality comes from and where it leads. It starts off by feeding the false left versus right stereotype then takes us very far from traditional conservative values.

Seemingly in the Rob Ford crack video, he’s drunk and or stoned again and starts beaking off about him being right wing and how Justine Trudeau is a fagot. He kept denying the video existed claiming that it was a lie put out by his enemies because they didn’t like the fact that he was right wing. In reality, right wing or left wing has nothing to do with it. Rob Ford is an abusive drunk. That’s all there is to it.

So why does the right keep scraping the bottom of the barrel for these immoral lunatics to represent their cause? Because they have no morals. That’s why. They can be bought and sold at the snap of the finger because they worship the almighty dollar. They do not worship liberty, freedom and democracy. They are selfish and materialistic and worship money.

There is nothing wrong with succeeding in business. Indeed that is something we need to encourage. However, we need to support small business in a free market not corporate monopolies. Corporate monopolies gouge consumers and destroy a free market. Yet that is exactly where these right wing extremists are trying to take us. Just like in Dutchy’s song View from an Ivory Tower, “Marxists cry out for Nicaragua where they’ve never been and bitch about a war that they’ve never seen. The right puts them down but what the right doesn’t know is that they’re drowning in the same indulgent under tow."

What does Stephen Harper, Mike Duffy, Rob Ford and Dianne Watts all have in common? Corporate Communism. They say they support a balanced budget and oppose tax increases but that is the exact opposite of what they do when in office. They are the pork barrel tax and spend politicians they accuse their opponents of being. The only difference is that the left spends it on the people while they spend it on themselves and the large corporations that donate to their campaigns for helping them get a corporate monopoly and screwing the general public.

Take Dianne Watts’ Ivory Tower in Surrey central. That is the epitome of greed and fiscal irresponsibility. That is why she and her corporate donors are so determined to create more taxes to fuel their pork barrel policies. Fiscal responsibility is not in her cards. That should concern us.