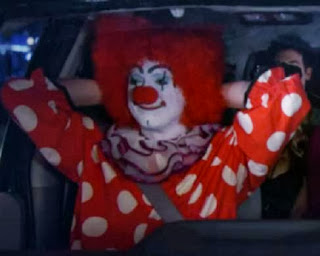 In 2005 the police received a complaint that Godwin Cheng’s residence was being used as a drug house. They obtained a search warrant and found 48 half-pound bags of dried marijuana bud, two 9-mm machine guns and ammunition, an RCMP uniform, body armour, two handguns, a silencer and photos of Cheng with Bacon and other known criminals.

Now Supreme Court judge Brian Joyce has thrown out that evidence because he claims the police didn’t have sufficient grounds to obtain a search warrant. Brian Joyce should be hanged. The concern the public has about warrantless wire taps is that they are warrantless. In this case the police acted on a tip, obtained a warrant and executed that warrant. What else are they supposed to do? Now this clown impersonating a court judge claims that some other judge erred in their decision to grant the warrant. Aside from being false, that’s not the police’s fault.

On Aug. 4, 2005, police watched Cheng and Bacon transferring packages believed to contain drugs between cars. They were both arrested. In Cheng’s car, police found half a pound of marijuana, 92 methamphetamine pills, 15 ecstasy pills and four packages of cocaine.

Police then obtained a search warrant for Cheng’s home. Brian Joyce claims that there was no evidence to suggest there were transfers of drugs between various vehicles and the home during the investigation. That kind of stupidity uttered by a clown sitting on the wrong side of the bench is an offense to public intelligence .Fire him. Now.

The Charter of Rights doesn't need to change. Just the clowns misinterpreting it.