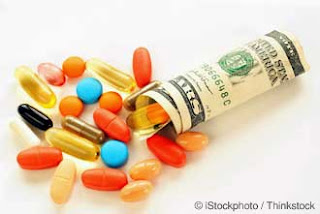 There is nothing in the Charter of Rights that says the general public must pay for heroin addicts illegal drugs. Nothing at all. To even suggest that there is and allow that kind of a frivolous law suit to proceed is a prime example of utter stupidity. You can fool some of the people some of the time but you can’t fool all of the people all of the time. Let’s pause for one second and look at who is the real driving force behind this Pharmascam. Providence Health Care is spearheading the insanity suit by using a few addicts on the program.

CBC reported that the office of Health Minister Rona Ambrose said the federal government was forced to close loopholes that allowed "for the feeding of addiction under the guise of treatment." Exactly. Rona Ambrose nailed it. Doctors in Vancouver had obtained federal approval to prescribe the heroin to 21 patients who left the trial, but last month Ambrose intervened when she introduced new regulations to close what she described as a "loophole" that allowed the drug to be dispensed.

So who is the real villains in this fraud? Once again it’s the big Pharmaceutical companies and the corrupt doctors on their payroll. Just like the corrupt BC doctors who get kickbacks from methadone prescriptions and refuse to reduce the dosage of the prescriptions keeping the patients a pharmaceutical dependent forever at the taxpayers expense.

If any judge awards in their favor they should be shot. I’m not talking about a criminal act. I’m talking about capital punishment by way of firing squad because that act would be the worst modern act of treason known to man. This is corporate communism. Forcing taxpayers to pay for addicts illegal drugs. That will bankrupt our democracy not to mention our medical system faster than you can say God help us. Lest we forget Dr. Colin Mangham’s prophetic warning.