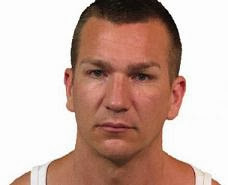 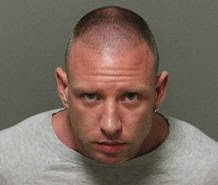 La Press is reporting that Australian police have arrested ten people including eight Canadians involved with a large drug ring connected to Larry Amero and Shane Maloney. As we know those two are waiting trial for their involvement in a large cross border drug ring tied to the Hells Angels that supplied New York with BC Bud and brought back massive amounts of cocaine into Canada to be sold as crack.

This time 650 kg of pseudoephedrine were seized as this drug ring was suspected of importing two tons of precursor chemicals for making crystal meth. That is nasty. Larry Amero is such a piece of garbage. Everybody wants to know where he is so they can put a cap in his ass. His life expectancy outside of prison isn’t very long.

I’ve heard rumors that the police have evidence connecting him to many murders in the BC gang war. If Jamie Bacon is being charged with conspiracy to commit murder in the Surrey Six no doubt Larry Amero should be as well because he was obviously the driving force behind the Bacon brothers disease that is hated so much here in Surrey.

Larry Amero is just another suburban princess. He got beat up in Walnut Grove high school so he started taking steroids. Walnut Grove is in Langley. That is about as far away from the hood as you can get. I know because after I got kicked out of highschool in Surrey I went to Mountain. After I got kicked out of Mountain I had to go back to Surrey. Mountain was a great school. They had an awesome rugby team, great band program and an amazing IB academic program. They weren't into gang banging at all. Walnut Grove was a new school built in the middle of huge subdivisions. Complete yuppiedom. Larry getting beat up there was absolutely pathetic.

Shane Maloney is in a wheelchair. That's why they call him wheels. He's not from Ireland or Montreal. He’s from here. He was enrolled in Burnaby South High School but didn't graduate. He was high school friends with Randy Naicker and Nelson Ramirez, both of whom are now dead. Kim Bolan reported that Nelson had a long criminal history of fraud. Are we beginning to see a pattern yet? Birds of a feather flock together.

One source claims Shane would regularly rip people off in bad drug deals. He's certainly not a promising leader to embrace. He and Larry would get along great. They're both con men.