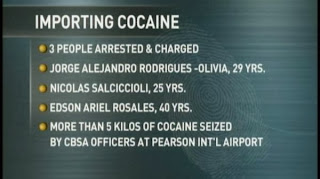 CBC is reporting that the RCMP have seized 5 kilos of cocaine and have busted a drug operation importing and trafficking cocaine into the Hamilton area via Pearson International Airport. Suspects hid the cocaine in checked luggage and in personal items like aerosol cans in an effort to avoid detection.

Jorge Rodriguez has ties to the N.E.C (North end Crew) in Hamilton which is another puppet club for the Hells Angels. Project Kingfisher targeted the Hells Angels and the NEC in August 2012. Harry Guidon’s son is named on the arrest sheet. Harry was a founding member and former president of satans choice who patched over to become Hells Angels. Shawn Campbell was the full patch Oshawa Hells Angel arrested in that bust. 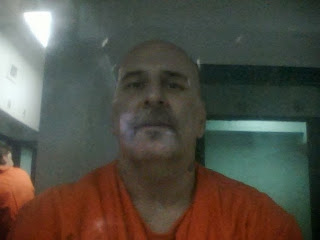