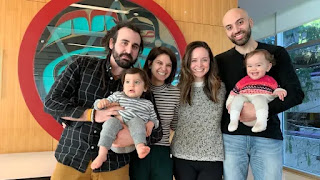 CBC is reporting that "Two best friends are pairing up to offer a Middle Eastern feast every week at the University of British Columbia but the unique lunch is more than just falafel and hummus — it's about tearing down walls. The "Taste of Coexistence" lunches are hosted by two chefs: one is Jewish and from Israel, the other is Muslim and of Palestinian descent. Both run restaurants in Vancouver, where their friendship has flourished despite what they were taught growing up."

"For the rest of the semester every Wednesday from 12 to 1 pm, Hillel House will serve a delicious $8 Middle Eastern style buffet catered alternately by restaurants Chickpea and Aleph."

"Bregman was pleased to see children of the Palestinian and Isreali restauranteurs playing around, calling that the face of coexistence. 'We may not be able to affect what's going to happen thousands and thousands of miles away, but we can affect how we deal with one another here,' said Bregman." This is the Vancouver that I was born and raised in.

This is the Vancouver where a Jewish Rabbi was invited to speak at a Muslim Mosque and blew a rams horns to wake the community up in support of religious freedom. Je me souviens. 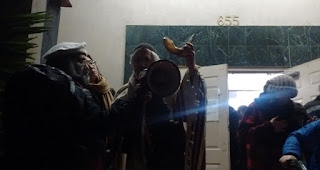