Members of Saudi team that killed Khashoggi received training in US 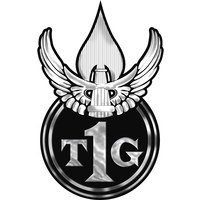 AFP is reporting that "Members of the Saudi team that killed journalist Jamal Khashoggi received training in the United States, the Washington Post has reported, revealing other new elements in the death of the newspaper's former contributor. A critic of the Saudi regime, Khashoggi was killed and dismembered October 2 in the Saudi consulate in Istanbul by a team of 15 agents sent from Riyadh. His body has never been recovered."

"After having denied the murder, Saudi Arabia said the operation was carried out by agents who were out of control. A trial of 11 suspects opened earlier this year in Saudi Arabia. But much of the case remains shrouded, beginning with the role of Saudi Arabia's powerful crown prince and de facto ruler, Mohammed bin Salman. The US Senate, after a closed-door briefing by the CIA, adopted a resolution naming the crown prince as "responsible" for the murder, while President Donald Trump has refused to publicly take a stand."

So there it is. After the CIA murdered the journalist they blamed it on the crown prince.

The Washington Post article is reporting that "Some members of the Saudi Rapid Intervention Group that was sent to Istanbul received training in the United States, according to U.S. and Saudi sources. The CIA has cautioned other government agencies that some of this special-operations training might have been conducted by Tier 1 Group, an Arkansas-based company, under a State Department license. The training occurred before the Khashoggi incident, as part of ongoing liaison with the Saudis, and it hasn’t been resumed."

However it could be the CIA are throwing Stephen Feinberg under the bus because he opposed Hillary's drug trafficking and they don't want him in charge of US Intelligence. If the CIA are against him, that would be a good thing. The CIA is the world's largest criminal organization.