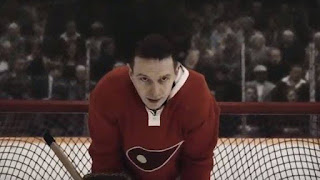 Goalie, a new movie about the life of Terry Sawchuk debuts March 1st in Vancouver and in Toronto. This starts off back in the day when goalies didn't wear face masks. Ya gotta respect that. Gerry Cheevers claimed that his mask spared him from over 150 medical stitches over his career. Terry Sawchuk didn't wear one until 1959. 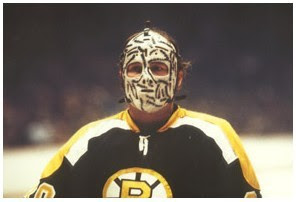 Now Toronto is reporting that "Adriana Maggs’s film about the NHL star who died at 40 is a devastating look at one man’s dedication to a game that broke him. Goalie is a biopic about Terry Sawchuk, a kid from Winnipeg who played for four of the Original Six teams, held the all-time NHL record for the most wins, and died after a drunken fight in 1970. He was 40 years old, and a wreck. Adriana Maggs’s movie shows us how he got there."

The Hamilton Spectator is reporting that "In tracing the triumphant but ultimately tragic life of goalie great Terry Sawchuk, screenwriter-director Adriana Maggs had plenty of clippings and statistics to help her depict his stellar on-ice record. Harder to parse was the inner turmoil of the taciturn Winnipegger, whose remarkable run with the National Hockey League included a career record of 103 regular-season shutouts but also left him physically and emotionally shattered."

"Sawchuk's off-ice exploits were infamously punctuated by bouts of rage, depression and heavy drinking, and Maggs says she wanted to make sure 'Goalie' captured his personal struggles with unflinching honesty. For that, she turned to the poems of her father, Randall Maggs, whose 2007 book "Night Work: The Sawchuk Poems" portrayed the hockey hero in very human terms."

This is a Canadian made movie that dives into the dark side of the story. It is epic. 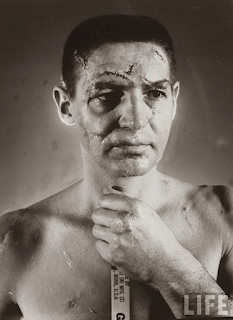 Update: OK I've seen the movie now and I can truthfully say it is very well done. I'm not really a hockey guy myself but I totally respect the rugged courage it took to play that position back then and the movie portrays the human side of the tragedy very tastefully. Think about it, a boxer takes a beating in the ring from someone wearing gloves just like in the UFC. Getting hit in the face with a puck is a lot worse then getting hit in the face with a bare fist. The raw courage he had to take that kind of a beating over a prolonged period was amazing.