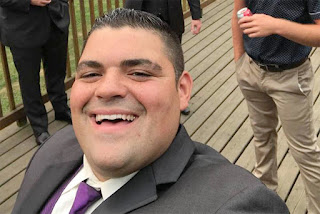 The Chilliwack Progress is reporting that "The RCMP’s Integrated Homicide Investigation Team (IHIT) has identified the victim of Sunday’s murder in Chilliwack as James Edward Vidal. The Chilliwack RCMP responded to reports of a shooting in the 45700-block of Alexander Avenue at approximately 6:30 a.m. on March 10."

"Vidal is well-known to police and his murder is believed to be targeted."