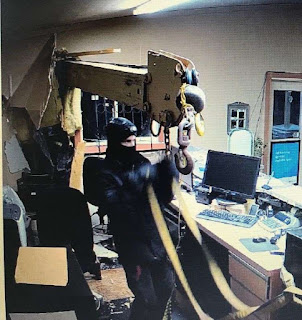 Global is reporting that "RCMP said a stolen picker truck was allegedly used by two men to steal a safe containing Canadian money from a bank in Winfield, Alberta, west of Pigeon Lake. The two suspects allegedly broke through the front wall of an Alberta Treasury Branch using the picker truck. The vehicle was then used to pull the safe out of the wall.

Police said the suspects caused extensive damage to the building. The suspects allegedly made off with the safe and its contents, including cash. The two men used a black dodge ram and a dark coloured GMC pickup as getaway vehicles." Sounds like a scene from Fast and the Furious. 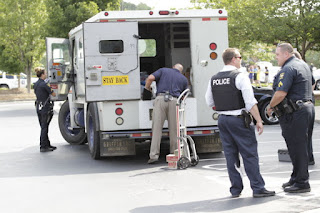