Former soldier to be charged in Bloody Sunday killings 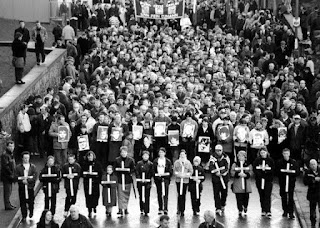 City News is reporting that "A former British soldier is set to be prosecuted in connection with the deaths of two civil rights protesters in Northern Ireland 47 years ago, part of an incident known as Bloody Sunday, prosecutors said Thursday. The former soldier, identified as soldier F, was a member of the 1st Battalion Parachute Regiment sent to the protest in Derry on Jan. 30, 1972."

"The veteran will face prosecution for the murders of James Wray and William McKinney and the attempted murders of Joseph Friel, Michael Quinn, Joe Mahon and Patrick O’Donnell. Sixteen other soldiers under investigation will not face prosecution in the shootings, which took place at the height of the unrest in Northern Ireland known as the Troubles. The charges follow a decade-long investigation that concluded soldiers killed 13 unarmed demonstrators protesting Britain’s detention of suspected Irish nationalists without trial." U2 Bloody Sunday. 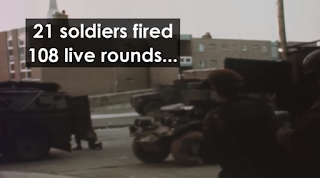