The #MeToo Gravy train vs 50 Shades of Abuse 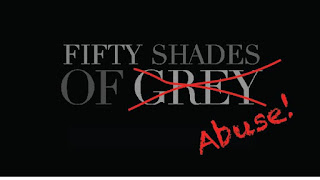 Keith Fraser is reporting that "A Hollywood screenwriter is being sued for allegedly sexually assaulting a teenage extra on a movie set in B.C. in 1994 and then luring her to Nova Scotia and Los Angeles where the alleged exploitation continued." Lured?

The law suit claims that “In one year, (the plaintiff) went from being an innocent 17-year-old high-schooler with no significant sexual experience to an alcohol-addicted sex worker,” says the notice of civil claim. “Mr. Stewart’s predation was the intervening factor.” AYFKM? Define significant?

A star struck grade 11 student dreaming of becoming an actress shacks up with a screen writer then follows him to Nova Scotia and then LA to further her career. Don't get me wrong. 17 is way too young for an adult to be having sex with but give me a break. She claims she was "sexually assaulted" on set in Vancouver then knowingly and willingly went to Nova Scotia and LA to be sexually assaulted again. That sounds pretty consensual to me.

I have no doubt Harvey Wall banger is a complete sleazebag who used his position to take advantage of many women aspiring to become rich and famous. I also realize that there are many women who slept with him to strategically advance their career. It's a no brainer.

In this case the guy was 54. That's pretty f*cked up. I'm 53. I will not date anyone my daughter's age and she is 27. A 54 year old hooking up with a 17 yer old is dirt bag sleazy. However, I will point out that The Scarlet Letter was not a Disney production. It was a R rated movie about an affair between a young woman and a pastor.

"Stewart, who wrote the screenplay for the movie The Scarlett Letter, which featured actress Demi Moore, first approached her when she and other extras were asked to go topless in the background during the filming of an outdoor scene, says the suit. He brought her a blanket to cover up and stay warm during filming and for about a week showed her increasing attention."

She went to a party where she was given alcohol even though she was under legal drinking age. She chose to drink. A lot of kids use fake id to drink under age. I don't want to minimize it or dramatize it. A 54 year old with a 17 year old is indeed creepy as f*ck but her going to LA and Nova Scotia for more meant she was trying to advance her career. Unless he was pimping her out, I don't think she can blame him for becoming an alcohol-addicted sex worker. I think her aspirations was partly to blame for that.

Lisa Thompson from the National Center on Sexual Exploitation

A college student from the UK can see it why can't you?