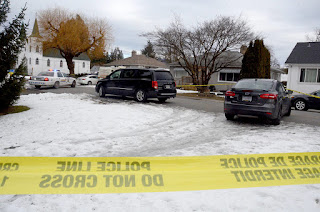 The Chilliwack Progress is reporting that "Three days after a shooting at a house on Victor Street in Chilliwack the case is now a homicide. A woman in her 40s who was said to be in critical condition after the Tuesday shooting succumbed to her injuries, according to Chilliwack RCMP late Friday. The woman in her 40s was found at the house on Victor between Bole and Cleveland avenues with life-threatening injuries after the report of a shooting at approximately 1 p.m. on Feb. 26. Two broken windows were visible at the front of the house." 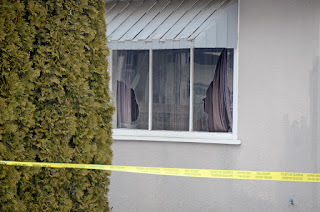 Posted by Dennis Watson at 3:39 AM