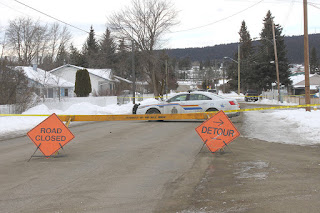 The Castle guard news is reporting that "The North District Major Crime Unit has two homicides on its hands. Very few details were provided, with the RCMP only saying on Monday that a man was shot and killed in a home on Cedar Avenue in 100 Mile House on Sunday morning. “This residence was well known to police and although the investigation is in the early stages, police have no information to suggest that the greater public is at further risk,” police said. A 60-year-old man was found dead the same day in Valemount, about 330 km northeast of 100 Mile."

The Chilliwack Progress is reporting that "The RCMP’s Integrated Homicide Investigation Team (IHIT) has identified the victim of Sunday’s murder in Chilliwack as James Edward Vidal."