Putting the Gaza conflict into perspective 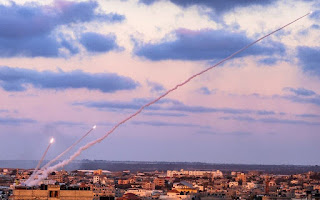 I just want to pause and point out the obvious because people have stopped using their brain. That is the problem with our society. People don't think. They don't question the narrative. They just get all emotional and throw rational thought out the window. Candace Owens, the founder of Black Exit, repeatedly states that Black Americans need to stop making so many emotional decisions and start making more rational decisions. We all do.

When I see headlines that read Stop the Evil Zionists, I'm like GMAFB. Was Bob Marley an Evil Zionist? He sang about the lions of Zion. I don't support evicting Palestinians out of their homes but I am a Zionist. I support the ideal presented in the Oasis of Peace where Jews and Arabs live together in peace based on the principles of religious freedom. Just like here in Vancouver. 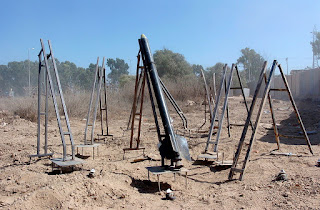 Gaza is firing rockets indiscriminately into Israel. The Times of Israel is reporting that Hamas says it’s aiming for IAF bases. That is simply not true because it is not possible with the type of rockets they are using. "These rockets cannot be fired to target specific military objectives in or near civilian areas, and are indiscriminate when used against targets in population centers."

Now let's put this into perspective and compare Israel with the United States. No disrespect to our southern neighbours, but the Americans are pretty aggressive. Shoot from the hip so to speak. Can you imagine what would happen if Canada or Mexico started indiscriminately firing rockets into the US all over civilian areas? The American people would lose their sh*t.

They's be like, nuke 'em. Take the average American. You start firing rockets at their houses in their homes, they would be outraged and come unglued. There is a lot of justifiable righteous indignation over the lockdown fraud. There are many groups that would love to highjack that agenda for their own purposes which are less than honourable. Peace is honourable.

However, recently there was a guy on a bullhorn at a pro-Palestinian protest in London that was shouting rape their wives, rape their daughters. That man was a servant of Satan.

In previous conflicts Israel has had with Gaza, they would target a site that was launching rockets and issue a brief warning before they fired. Insane women would then run to the site screaming bla bla bla in hopes of dying so they can say Israel killed civilians. This is what I meant when I said people in Gaza are bat sh*t crazy. I'm not talking about the Palestinians. I'm talking about the whack jobs who are trying to get killed so they can blame Israel for civilian casualties. When you fire rockets into Israel from civilian or media towers, you are putting innocent people at risk.

It comes as no surprise to see the BLM leaders calling out for Solidarity with Palestine. Remember, BLM has been highjacked by Anarchists and Communists. There are no black rights in Communism because in Communism no one has any rights. Palestinians have no rights in Communism either. Just as the Uyghurs in China. Communism lies to everyone to trick them into giving up their liberty and become slaves. This is why we need to start using our brains and stop being so emotional. We will all end up slaves if we don't.