8 cases of blood clots in Ontario from AstraZeneca 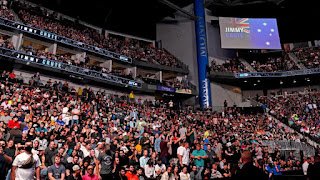 BC records 2nd case of AZ blood clots in Langley

Mother dies in Edmonton after getting the vaccine

CBC is reporting that "Ontario will no longer give the AstraZeneca-Oxford COVID-19 vaccine as a first dose due to the risk of rare blood clots. Williams said the decision was made out of an abundance of caution. The blood clotting syndrome, while rare, can be fatal."

"Dr. Jessica Hopkins, the chief health protection and emergency preparedness officer with Public Health Ontario, said there have been eight cases of VITT in Ontario as of May 8, 2021. She said the rate has gone from one in 125,000 to one in 60,000." Fatalities are indeed serious.

Do the benefits outweigh the risks? No they don't because they are lying about the numbers. Look at Texas and Florida - wide open. Texas hosted the Toronto Blue Jays to a packed stadium while Florida recently hosted a sold-out UFC event. When Texas and Florida opened half the States had mask mandates while the other half had none. Yet all the States were open for business and more states will drop more restrictions July 4th with or without a vaccine.

Joe Rogan called out Canada's lockdown insanity. “Canada’s f*cked right now,” he states. “They’re so locked down, and I don’t understand why they think that’s good. I don’t understand why they think that’s the solution.” He then notes he “was just in Florida, and it’s like nothing’s happening. Like maybe you’ll get sick, maybe you won’t. But we’re out here with no masks on, 15,000 people in an area for the UFC fights, it was madness. It was powerful.”

Rogan then says people simply need to “take your vitamin D, sleep, drink water” in order to fend off the disease. “You can’t do Canada,” he adds. “You can’t do Canada where you have Gestapo pulling people over for your papers. ‘Why are you out of the house? There’s a cold floating around, why are you out of the house?'” He is absolutely right. This is why they don't want large gatherings. So people don't listen to reason they just listen to the Marxist propaganda Global television and the MSM is bombarding us with.

CNN already admitted the motive for the fake lockdown - to push the vaccines. The pharmaceutical companies are making billions of dollars from these vaccines. Rebel News pointed out that this second dose scam was simply a way for them to double their money.

Look at the US and look at Wuhan. Even Europe is opening up. We are going in the wrong direction because we are stupid. Bonnie Henry and Theresa Tam are lying freaks in bed with the pharmaceutical companies. Who's the bigger fool? The fool or the fool that listens to the fool.