The Burnaby Now is reporting that "Burnaby RCMP are dealing with their second shooting in less than a week – this time a homicide. A tweet by the police says officers are on scene tonight (Saturday) for a male who was shot around 7 p.m. at 12th Avenue and Sixth Street. The Integrated Homicide Investigation Team has now tweeted that the shooting victim has since died. A suspect is believed to have fled on foot. (See more in a tweet posted below in which you can hear shots being fired.)" Another mother loses a son for Mother's Day. 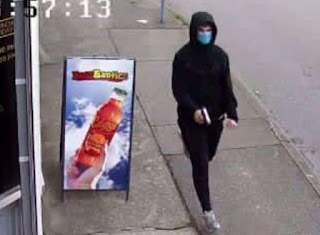 Posted by Dennis Watson at 9:38 AM