Just before the recent fatal shooting in North Delta, Dr Spin reported that "RCMP Asst. Commissioner Manny Mann, recently appointed chief officer of the Combined Forces Special Enforcement Unit, said there are now more gangs in B.C. and more rivalries than there were 11 years ago at the height of the well-documented gang war.” Pat Fogarty déjà vu.

"At that time, the conflict primarily involved the Red Scorpions versus the United Nations, with some involvement by other groups such as the Independent Soldiers and Wolfpack."

He is correct that the height of the local gang war was 11 years ago when a Hells Angels associate told Agent 22 in Surrey that they could get him any gun he wanted and that they were ready to eliminate all the competition in Surrey. That they did.

The reason the Hells Angels use so many puppet clubs is to create plausible deniability. It's not us it's them. But they work for you. You hired them. 10 years ago, Pat the Buffoon Fogarty told the press the Hells Angels weren't the problem in Kelowna, they barely exist. It's all the other guys we have to worry about. That's when I publicly questioned which side he was on and launched the Kelowna Summer Jam. Simultaneously the Outlaw Motorcycle gang Unit targeted the Hells Angels in Kelowna. That's when they brought down Skeletor.

The OMGU did such a great job, the BC Liberals disbanded them. Ever since then the compromised CFSEU stopped arresting Hells Angel associates for selling drugs and exclusively targeted their rivals. They were loud and proud about it as well. Dr Spin helped them launch their rat out your rivals program.

The thing is nobody likes a dirty cop. Nobody. Criminals hate cops and law-abiding citizens hate dirty cops so NOBODY likes a dirty cop and that is what we face in E division. The RCMP make drug busts in every other province except BC. That is the problem. The NDP know that and have refused to fix that. They don't want to stop crime, they want to profit from it. They are no better than the BC Liberals. They are the same.

M & M claims that “Much of the violence before 2017 was connected to that two-sided conflict. But that’s changed now in the past four years. More recently, new groups such as the Brothers Keepers and the Red Scorpions-linked Kang group have become influential, recruiting youth into their fold. Because of the emergence of the newer groups and because of the alliances and allegiances and the changes to all those, there’s more conflict now.” 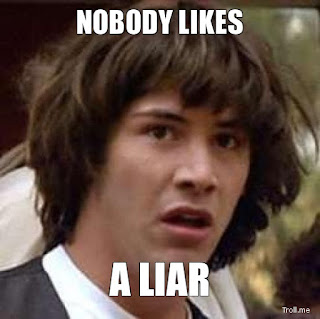 Manny Mann forgot to mention Redd Alert. They are a First Nations gang that work for the Hells Angels. Glen Nelson led the Redd Alert when they took all the drug dealers back from the UN in the DTES. Glen got too powerful so they killed his wife just like they killed Ali.

Once again that was the Edmonton Hells Angels because Redd Alert was run out of Edmonton just like the Brothers Keepers. Ya see, I don't have beef with Haney. I have no problem with Spike's son Jesse. As long as they stay on their side of the river we are good. I don't have beef with Whiterock. They came from the Gipsy Wheelers who were fine. I don't even have beef with Bryce in East Van just with Rainbow Ricky. I don't even have beef with the Kelowna HAs anymore now that there has been a change in local leadership. I have no problem with the Goldamers. Roger's brother was the one that shut down the Garden of Eden it sure wasn't the PoPo.

I don't care about Randy Jones, the Walrus. Sometimes the devil ya know is better than the devil you don't know. I hate the Surrey girls but can you imagine those clowns running around without a brain like Randy? They'd be a bunch of scarecrows crying out for a turkey shoot.

Right now the only ones I have beef with are the Edmonton Hells Angels because they are f*cking with my crib. They killed Ali and they killed Glen's wife. Now they want Surrey.

Posted by Dennis Watson at 6:54 AM