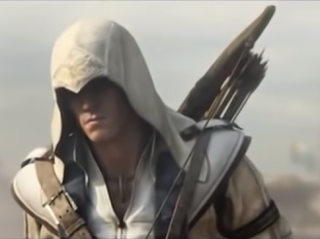 Dr Spin just put out a new feature glorifying the recent spike in gang violence and I'm like OMFG. This is so sad. Sad as in disappointing but sad as in pathetic as well. Kim Bolan could have made a difference. She chose not to. Nobody back east knows who she is. Nobody back there cares.

I know I should just bite my tongue and walk away but for the sake of the cause I will make a statement before I do. Dr Spin states "After Brothers Keepers gangster Harb Dhaliwal was gunned down in Coal Harbour on April 17, a .45-calibre handgun with a stainless-steel silencer was dropped on the sidewalk beside his lifeless body." She should write crime fiction. She'd be better suited for that. Once again, I will reiterate that this hit was executed with a throw away. It was not a legally obtained firearm. It was untraceable so they left it at the scene.

"The alleged out-of-town hitman, François Gauthier, 51, is now charged with first-degree murder and carrying a loaded prohibited firearm. He remains in custody until his next appearance on June 3." She failed to mention this Quebec hitman was hired by the Hells Angels. Just like the kids from Edmonton who shot Ali. The Brother's Keepers work for the Edmonton Hells Angels and face internal discipline from them just like Redd Alert did and Glen Nelson's wife.

She is correct in that there are different levels of hits. That was a high-level professional hit. The HAs probably killed him so he would shut up about the Brother's Keepers killing Mo in the DTES. This is not the first time the Hells Angels have killed someone they hired to kill someone. The Cub Pack just roll on them. They get people to testify against people they hired so they stay out of jail. That's probably how François was caught so fast. They ratted him out after hiring him. Probably so they didn't have to pay for the hit. Just sayn. We know how they roll around here.

Sometimes low levels are hired so they can have their debts forgiven. That's how Jamie Bacon recruited someone to kill DK. They promised to forgive his debt. The HAs put a manufactured debt on Joey Verma. That's why he killed Britney Irving. To have his debt forgiven. Before his trial he told a witness he didn't have a choice. Bob Green was killed with his own gun.

Kal Dosanjh is on the right track. Kim Bolan is not. Me, I'm just dust in the wind. As Johny Cash once said, what's done in the dark will be brought to the light. With or without me. Peace.

Update: Turns out Francois was caught because after he shot Harb, one of his guys chased him down and stabbed him in the eye. That's how he got caught. I missed that part. Nevertheless, Larry Amero has lost his mind. He thinks he's better than the Quebec members because some of his loser friends got their patch from the Ontario village idiots before they were farmed out to Greece. Gumby is delusional.