Mike Farnworth is a F*ck up 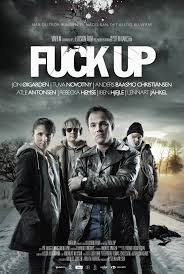 Dr Spin is reporitng that "Public Safety Minister Mike Farnworth said he has every confidence police in the Lower Mainland have the right strategies in place to combat escalating gang violence. Farnworth, who is also solicitor general, met with the chiefs of police of municipal departments and commanders of RCMP detachments on Thursday afternoon."

We had hoped for so much more from this guy. Just like with Dwayne McDonald, we were sadly disappointed. BC is the only province in Canada that does not make Hells Angel drug busts. After David Giles was busted in Kelowna and the OMGU was disbanded, the compromised CFSEU stopped arresting Hells Angel associates for drugs. He knows this and he thinks that's OK. That's because he is a f*ck up. He wants to profit from crime not stop it. God damn you.

The guys at work were saying the people who shot the guy at the Airport will get in more toruble for breaking the travel restrictions than for committing murder. Everything is NOT OK.

Update: Here's the latest BC RCMPS bullsh*t. They bust a drug lab in Coquitlam without drugs only precursors and no arrests. This was the Compromised BCCFSEU offering up another fake publicity stunt. Every other province makes huge drug seizures tied to the Hells Angels. BC doesn't because BC is the most corrupt province in Canada. Mike Farnworth is just another Wally Oppal. The BC NDP are no better than the BC Liberals. History has recorded that.