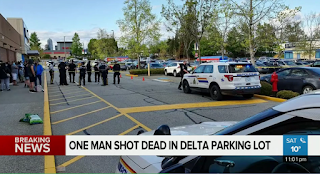 CTV is reporting that "Police say they are investigating after a man was shot in a parking lot at a shopping centre in North Delta near the Surrey border Saturday afternoon. The shooting happened shortly before 5 p.m. at Scottsdale Centre near the intersection of Scott Road and 72 Avenue, according to a news release from the Delta Police Department."

The Surrey Now Leader is reporting that an update from the police stated the victim has died.

News 1130 is reporting that a video posted to social media shows a man at the scene with a gun. 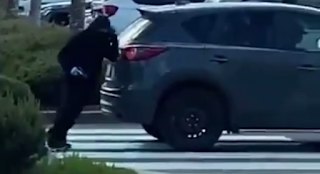 It's pretty dramatic footage. One guy dressed in a black hoodie hops out of a car, runs over to do the shooting then runs back into the backseat of the car that had a driver and passenger in the front seat waiting. Notice the index finger position on the gun when he is running. That's safe handling of a firearm. Just sayn. Everyone's got a phone now brother.

This was at Scottsdale mall, which is on the Surrey Delta border. Given the location of the shooting it's pretty obvious this one involved the Brother's Keepers in some way. The Brother's Keepers were hired by the Hells Angels to bring violence to Surrey so they can maintain their monopoly on the local drug trade. They either capped a member of the Kang group or they capped one of the Brothers Keepers again who was upset about them killing Ali. Either way this shooter was hired by the Hells Angels who the compromised BC Gang Task force are working for. 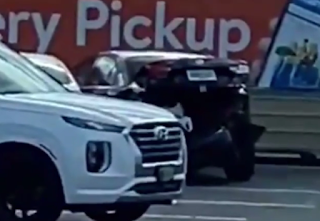 Mom Boucher was convicted of ordering a hit on a prison guard in Montreal. 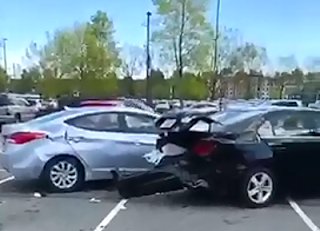