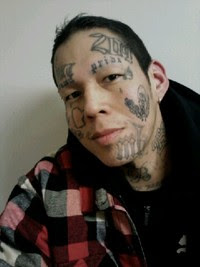 Chelsey Arkarakas was brutally assaulted by her ex. She pulled out a pocket knife and stabbed him once in the thigh which struck an artery and caused him to bleed to death. She was very lucky. That's not usually a fatal stab wound. The bizarre part is she was originally charged with second degree murder. After a second investigation the charges were withdrawn as it was clearly a case of self defence.

"Arkarcus said she broke off with Brent Mancheese, whom she had dated for a year, when he became abusive and returned to drug use. A month and a half later, he approached her and seemed remorseful and emotional. She said she agreed to go to a Scarborough apartment, where he had stayed to meet with her in person for closure and a full apology, but she said it was a trap."

"She said the attack began as soon as she entered the apartment and lasted for about half an hour. At the time, her hand was still in a brace, when she broke two fingers of her right hand, which she said prevented her from working as a visual and tattoo artist."

"Sachak told the court that there was a warrant to arrest Mancheese for that attack. Sachak said he also had a criminal record including a documented history of domestic violence against women and 18 convictions related to weapons and violence." Good riddance. 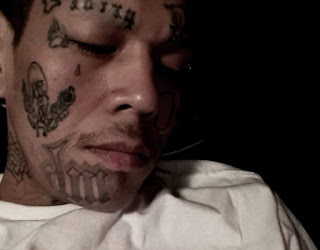